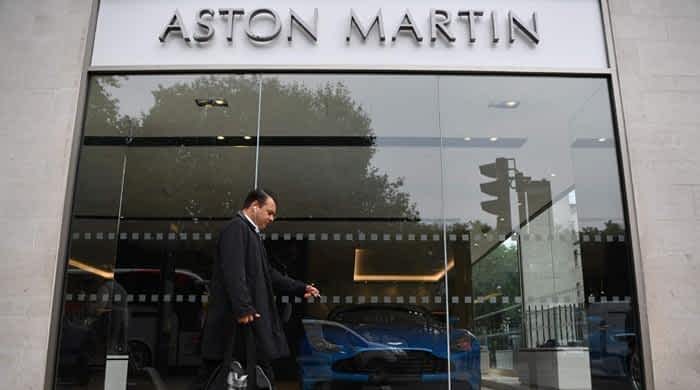 In this file photo taken on August 29, 2018 a pedestrian walks past an Aston Martin DB11 in a showroom in central London. — AFP

The luxury group also wrote off almost £100 million of investments in scrapped projects, including its electric car plans.

Revenues sank 37% to £611 million on tumbling demand with dealerships shuttered by lockdown restrictions, despite a fourth-quarter boost from its new DBX sports utility vehicle.

Retail sales nevertheless dived by almost a third to a total of 4,150 cars.

“The uncertainty surrounding the duration and impact of the pandemic on the global economy continues, with the pace of emergence from lockdown and recovery in consumer demand varying significantly across geographies,” the company warned.

Aston Martin’s fortunes have also been hit by coronavirus-related delays to James Bond spy blockbuster ‘No Time To Die’.

The film, which originally slated for release in March 2020 and has been pushed back multiple times, is currently set to hit cinemas in October.

The company launched on the stock market in 2018 to great fanfare, with a string of its luxury supercars parked outside the London Stock Exchange.

However, losses almost doubled in 2019, as the group crashed spectacularly on weak global demand linked to China’s slowdown and Brexit.

As part of the deal, the Racing Point Formula One team — whose drivers include Lawrence Stroll’s son Lance Stroll — has rebranded as Aston Martin for the 2021 season.