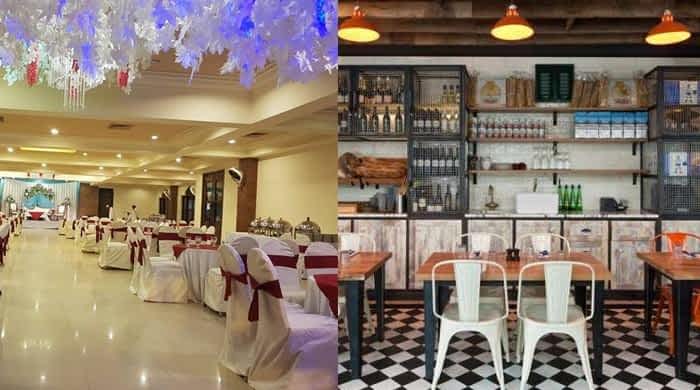 Fourteen eateries and two amusement arcades have been sealed in District South for violating the standard operating procedures (SOPs) devised by the government in the wake of the Covid-19 pandemic.

Deputy Commissioner Irshad Ali Sodhar said that 41 restaurants were inspected in the district and 17 of them were issued with warnings while 11 were sealed. He said that three other eateries and two amusement arcades were also sealed.

District East Deputy Commissioner Syed Muhammad Ali has issued a notification regarding the second wave of Covid-19. Given the consistent rise in corona-positive cases, the prevalence of the disease and the decisions taken by the National Command & Operation Centre, Ali, while exercising the powers under Section 3 of the Sindh Epidemic Act 2014, ordered the enforcement of the SOPs.

According to the notification, it will be mandatory for everyone to wear masks in confined spaces, indoors, on public transport and in outdoor crowded spaces such as markets, at bus stands and railway stations. The implementation of broad-based smart lockdowns will also take place in hotspot areas. All commercial activities such as markets, shopping centres, wedding halls and restaurants are supposed to be closed by 10pm, and amusement parks by 6pm. A similar notification was issued earlier by DC Sodhar.

The Serena mobile market, which was initially sealed for three days on Sunday night over non-compliance with the mandatory SOPs, was reopened on Monday afternoon.

District Central Assistant Commissioner for North Nazimabad Faheem Khan had ordered sealing the mobile market late on Sunday night after the shopkeepers were found to be violating the SOPs.

“No SOPs were being complied with by the shopkeepers, yet they were dealing with hundreds of customers daily,” he said on Sunday, adding that the market itself is very congested. One of the shopkeepers later claimed that they had to grease the palms of the district administration in order to get the mobile market reopened so they could resume their businesses.

Despite repeated attempts, AC Khan could not be reached for a comment on Monday. District Central Deputy Commissioner Bux Dharejo did not comment on the reopening of the market as well.

Recovering coronavirus patients may lose immunity to reinfection within months