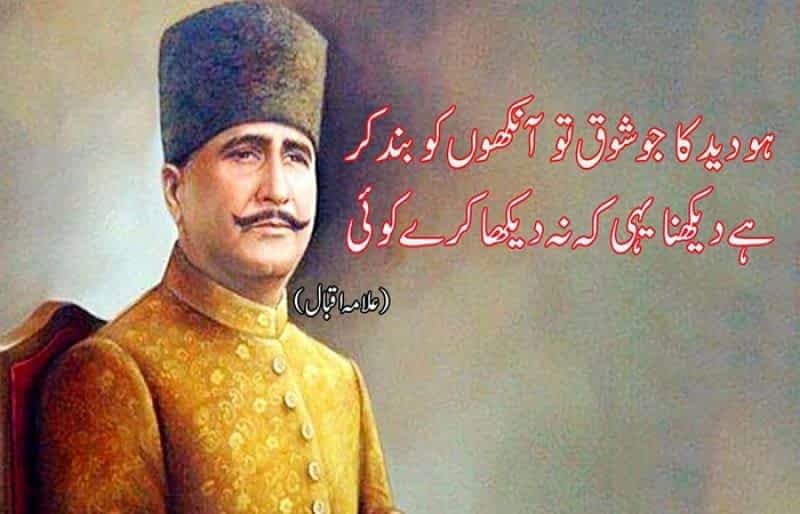 The nation is observing the 143rd birth anniversary of Dr Allama Muhammmad Iqbal, the Poet of the East, with national zeal and fervour today.

In connection with his birth anniversary, special programmes will be organised today by political, social and cultural organisations in order to pay tribute to the national poet.

Allama Muhammad Iqbal was born in Sialkot, Punjab in 1877 AD. He received his early education in the traditional maktab and went to Sialkot Mission School, from where he passed his matric exams.

He obtained his Bachelor of Arts Degree from Government College, Lahore in 1897and secured his Masters Degree two years later. He was appointed as a lecturer of history, philosophy and English in Lahore’s Oriental College.

Allama Iqbal conceived of the idea of Pakistan and used poetry to motivate the Muslims, especially the youth of the sub-continent in their struggle against their British rulers and their demand for a separate homeland.

Unfortunately, he did not live to see the dream of a separate homeland for Muslims come true and passed away on April 21, 1938.

Man who correctly predicted past 9 elections makes another prophecy

Lady Gaga opens up on her suicidal tendencies: ‘I felt exhausted and used up’