16 perish, another865 test positive for Covid-19 in Sindh 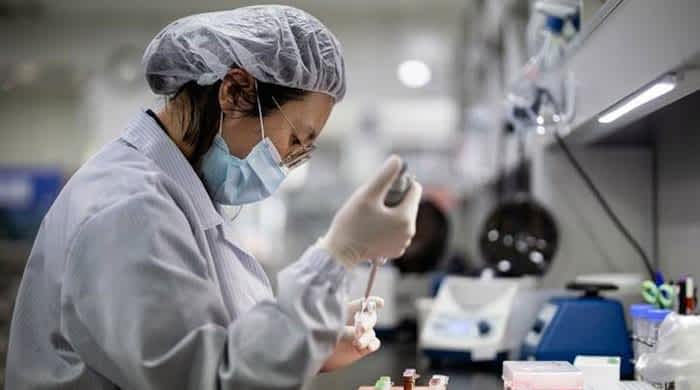 Sixteen more people have died due to Covid-19 and another 865 cases have been reported during the past 24 hours in Sindh, with the death toll due to the viral disease reaching 2,738 in the province.

Sindh Chief Minister Syed Murad Ali Shah said in his daily situation report on the health emergency on Saturday that 13,320 samples were tested in the past 24 hours, resulting in 865 people, or seven per cent of those who were screened, being diagnosed with Covid-19.

He said that the death of 16 more people shows that the pandemic is raging on and the disease is spreading across the country, especially in Karachi, where most of the deaths and new cases are being reported.

The provincial government has so far conducted 1,797,478 tests, which have resulted in 154,738 positive cases, which means that nine per cent of those screened have been found to be infected, he added.

Shah said that after the latest deaths, the rate of the diagnosed people who have lost their fight with Covid-19 continues to stand at two per cent. He said that 9,583 patients are currently under treatment: 9,113 in self-isolation at home, seven at isolation centres and 463 at hospitals, while 366 patients are in critical condition, of whom 39 are on life support.

He added that 335 more people have recovered during the past 24 hours, increasing the number of cured patients to 142,417, which shows the recovery rate falling to 92 per cent. The CM said that out of the 865 fresh cases of Sindh, 666 (or 77 per cent) have been reported in Karachi Division alone: 259 of the city’s new patients are from District East, 192 from District South, 93 from District Central, 57 from District Korangi, 37 from District Malir and 28 from District West.

As for other divisions of the province, Hyderabad has reported 77 new cases, Jamshoro 20, Shaheed Benazirabad 16, Badin 12, Sukkur nine, Sanghar six, Larkana, Naushehroferoze and Umerkot four each, Thatta and Dadu three each, Khairpur, Ghotki and Sujawal two each, and Jacobabad and Kashmore one each, he added.

The chief executive urged the people of the province to strictly comply with the standard operating procedures that his government has already issued, so they can protect themselves and their families from the disease.

In his video message, Sindh government spokesman Barrister Murtaza Wahab also appealed to the people to take all precautionary measures, especially wearing face masks before leaving the house, saying that Covid-19 cases have been rising in the province as the weather is getting colder.

“Coronavirus infections have started rising rapidly in the province. It’s extremely wrong to consider that Covid-19 is over and that things have now normalised. I urge the people to wear masks or cover their faces with a cloth whenever they leave the house.”