2 killed in firing on Nato tanker 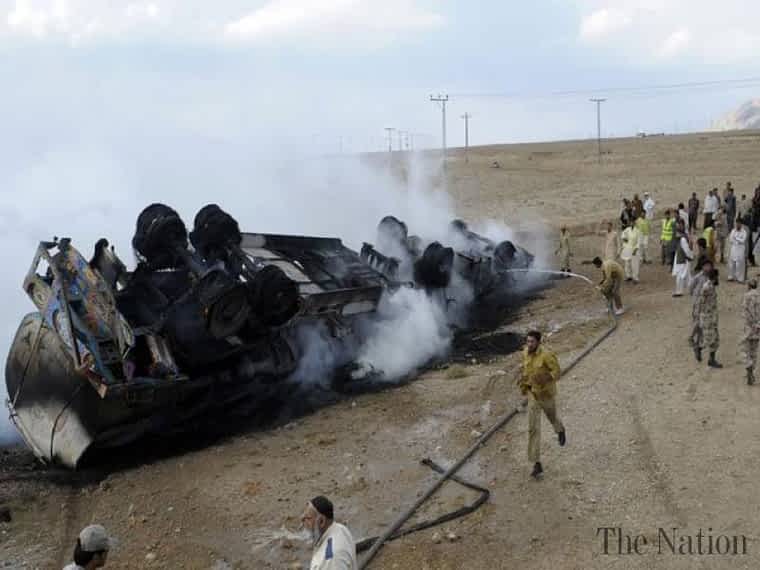 QUETTA – Two persons were killed when armed assailants attacked a tanker carrying fuel for NATO forces deployed in Afghanistan, in Dasht area, some 5 km away from Quetta on Tuesday. According to official sources, tanker was heading towards Afghanistan from Karachi. As it reached at Dasht area unknown armed attackers riding a motorbike opened indiscriminate firing at it. Resultantly, it caught fire due to firing and it turned turtle after driver lost control over vehicle. Driver identified as Anwar Hussain and his helper Noora were killed as they could not escape from the burning vehicle. The deceased were stated to be real brothers and residents of Kyber Agency. Law-enforcement agencies rushed to the site after the incident and cordoned off the area. However, the attackers managed to flee from the scene after committing the crime. No group has claimed responsibility for the attack.