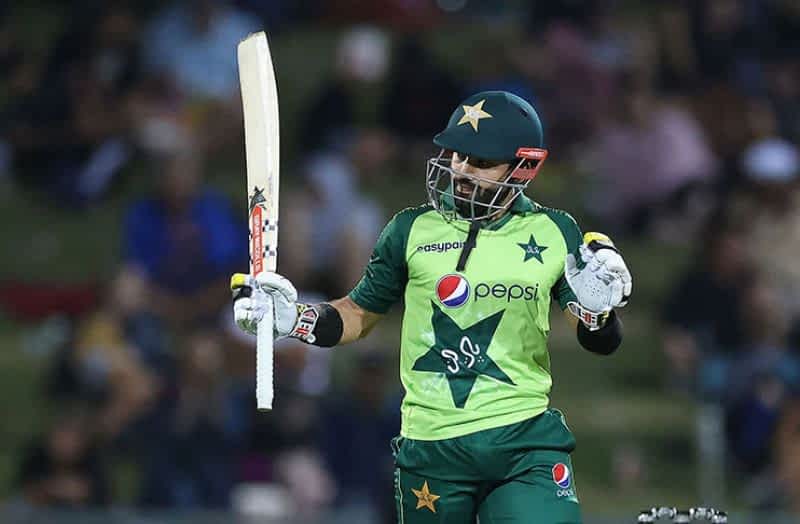 Wicketkeeper-batsman Mohammad Rizwan batted with great composure and guided Pakistan to a comfortable four-wicket win over New Zealand in the final T20I at McLean Park.

The 28-year-old scored 89 off 59 balls which included 10 fours and three sixes. Veteran Mohammad Hafeez was the other notable batsman, scoring 41 off 29 balls.

Earlier, Devon Conway’s late flourish has guided New Zealand to 173/7 in the final T20I. The 29-year-old rescued Blackcaps’ inning after they were 58/3 in 7.2 overs.

Conway scored 63 off 45 balls which included seven fours and a six. Glenn Phillips and Tim Seifert made 31 and 35 respectively.

For Pakistan, Faheem Ashraf was the pick of the bowlers, taking three for 20 while Haris Rauf and Shaheen Shah picked two each but were expensive in their quota of four overs.

Earlier, Pakistan captain Shadab Khan has won the toss and decided to bowl first New Zealand has an unbeatable lead of 2-0 in the series as they won the initial two T20I by five and nine wickets respectively.