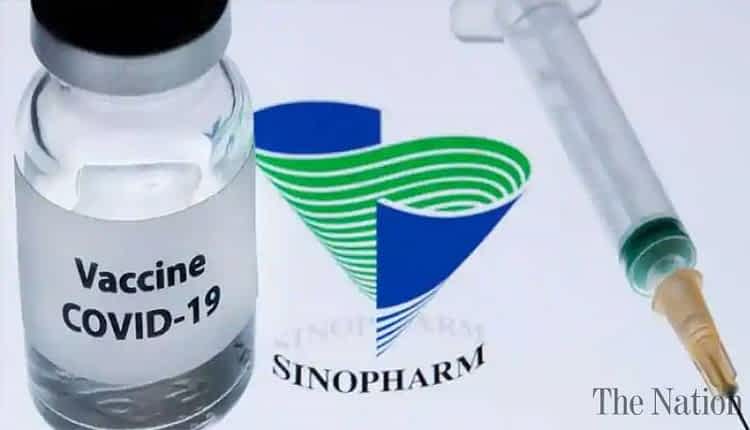 Another 500,000 doses of the Sinopharm vaccine will be transported from China to Pakistan on Wednesday morning via the national flag carrier, Qadir Bux Sangi, PIA Country Manager for China told APP.

The government has decided to run a massive vaccination drive across the country and inoculate 70 million doses to fight the pandemic. So far, nearly 5.3 million people have been vaccinated.

A Chinese foreign ministry’s spokesperson, in a statement, said China has always attached great importance to Pakistan’s demand for vaccines to help fight the COVID-19 pandemic and carried out close cooperation with that country.

“Chinese vaccines manufacturers have cooperated with Pakistan in the development and production of vaccines from the very beginning and will continue to export vaccines to Pakistan,” he added.

The Pakistani health authorities had launched a nationwide vaccination drive with around a million doses of Sinopharm vaccine donated by China, starting with older people and frontline healthcare workers, in March.

The drive began with a focus on the oldest people in the community, generally over the age of 80, and worked its way down.

Initially, the government had to deal with vaccination hesitancy and a shortage of vaccine supplies and had limited shots for people aged 30 or over.