A STUDY OF CULTURE, HEALTH, SOCIETY OF GYPSIES 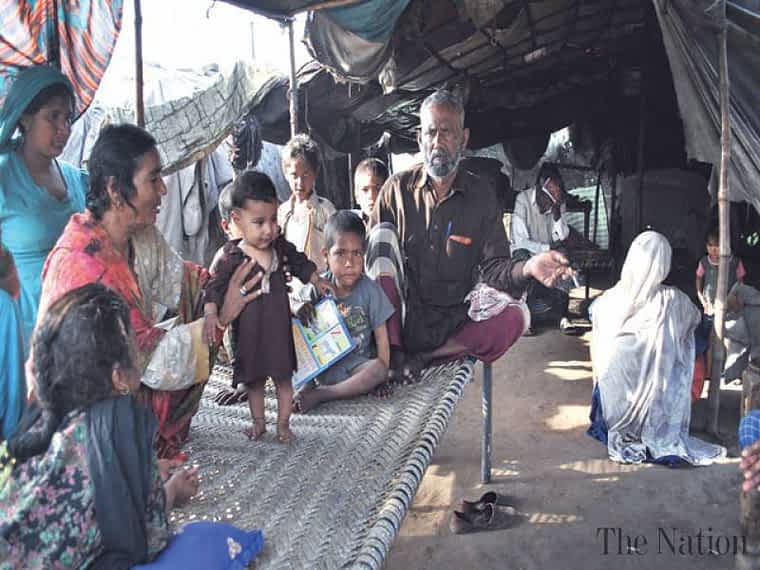 Culture reflects the behavioral pattern of society that includes tradition, art and beliefs; here we will talk about gypsies people are known as nomads or “Khanabadosh” in Urdu. Their life is continues struggle to reach a comparatively comfortable and successful state of being. It is not justified to call them homeless, as they are neither without a home nor without a family to keep them rooted.

Gypsies lives in diverse areas of Lahore. It has been observed that particularly such people lives in areas at the side of River Ravi and try to get them established near the newly developed housing schemes. This gives maximum chance to female members of family to get a job of housemaids in these newly developed areas. With the passage of time, these people have tried to create communities and live in form of groups. In return, property owners have caretakers to look after the property after complete assurance regarding members of gypsy family. In this way, they are not only specified to live outside of cities commercial or residential areas but also inside of this zone.

In every community there are some negative aspects and some positive aspects. Here some of the negative and positive aspects of gypsy’s community which are discussed following, firstly negative aspects are described.Due to the continuous travelling of these people from one place to another they don’t take proper medical care when exposure to any illness. An acceptance and expectation of ill health was pervasive, and some participants gave a long list of complaints suffered without considering themselves to be particularly unhealthy as a result.Gypsy and Traveller women had experienced more miscarriages and stillbirths, there was no excess of other reported complications of pregnancy and childbirth.Self‐reliance, stoicism, fatalistic health beliefs and avoidance of thinking about or discussing feared diseases such as cancer may also be linked to ignorance of the long‐term implications of initial symptoms, making it easier to tolerate conditions if symptoms are manageable. The combination of a lack of knowledge, low expectations and fear reduces the likelihood of seeking early treatment, particularly for those conditions (e.g., cancer and heart disease) where early detection has the greatest effect on prognosis. Studies of health attitudes of other disadvantaged or disempowered groups, such as working class women and ethnic minorities, have also found a functional concept of health, fatalism.

They are self-dependent, they believe that as God made them as the servants of God so they should also serve humanity in all aspects and they practically adopt that thing in their life.The event where the majority of the families individuals get together to commend an event is wedding. Instead of occurring in dinners or marriage corridors, it occurs in apportioned plots. Dinner is organized by the quantity of welcomed visitor that brings a sentiment of joy and delight for everyone. On getting some information about most energizing second throughout everyday life, the respondent answered “Marriage” with a sparkle in his eyes and grin all over.

In depth literature has been written on Homeless people, disadvantages and causes of being ended up as homeless .Such literatures manifest the obstacles and circumstances faced by nomads but few have tried to portray the emotional aspect of nomads. Gypsies have been stereotyped in our society and different names have been given to these people highlighting the negative side of their life. Whereas, positive side of gypsies have always been neglected. We live in a society which appears to be true or real only until examined more closely Instead of reusing it as light shade, she hanged it inside the hut with a bamboo shoot just above our Charpai (cot) and now we both keep looking at it while talking before going to asleep.

Numerous draftsmen, organizers and sociologists examine the living styles of individuals living in creating regions however current circumstances of Lahore shows that there is even more to do in this. Vagabonds needs ought to be unequivocally perceived in arranging of lodging plans. Hence, government ought to likewise consider creating various arrangements for the turn of events and reformist development of gypsies.

WhatsApp will stop working on these phones from 2021