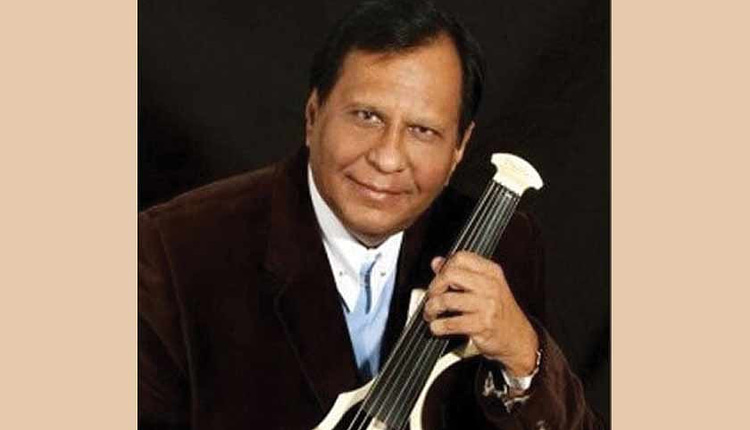 Dilshad Hussain, who died recently at the Istanbul Airport while travelling to the United States, was a violinist, who struggled all his life to find his due place in the musical fraternity at home. When he was disappointed, he ventured abroad like so many of our musicians seeking greener pastures and found one in the United States. After a very long initial stint, he then started to visit the home country and it was on his way back to the US that he passed away.

It has not been too hard to mould the violin, a Western instrument, according to our musical requirements unlike the key instruments because the strings and the bow are not resistant to playing the note with microtonal niceties. All string instruments and bowing instruments have been easier to adapt and the violin too became part of the Carnatic music as a full-blown instrument. In northern India where most of the Hindustani music evolved it has not become part of the vocal accompaniment. It was and is played solo or as a part of an orchestral arrangement.

Even if we concede that it had its origins in the current Middle East, it was developed to its present potential by the great Western composers during the course of the last five centuries. It came to the subcontinent with many other Western assets with colonialism in the eighteenth and nineteenth centuries.

It was usually in the orchestras that a violin could be heard and seen. Some of those were based exclusively on instrumental music. However, as it happened, more often than not in the subcontinent, the orchestras were and still are perceived to be just the prelude to a vocal rendition. With this perception, it became a part of the film song. Violin did figure in film compositions as an instrument not played solo, but adding to the sonic enrichment of the orchestral composition.

It was thus rare to hear a solo rendition from a violinist in our society. At best the violinists were expected to play film compositions. One saw many a times that a violinist wanted to play something he cherished but was forced by the public response to resort to playing familiar film compositions. This is to stress that the instrumentalist rarely gets due appreciation in our music culture as it is heavily loaded in favour of vocal music.

Our instrumentalists were first to be recognised by other societies because the note did not include song text which is always language specific. It was, thus, easier to appreciate the musical sound rather than an interpretation of the words as generally perceived by most in our society. Many, therefore, made a beeline for countries in the more advanced parts of the world and they started playing to audiences with no subcontinental origins.

Dilshad Hussain was no exception in that regard. He made a name for himself playing abroad and found more satisfaction and reward there as compared to here. So, he stuck to his initial decision of living and working abroad.

However, he did strike a balance by indulging in fusion. Many of his compositions – traditional, folk or film – were rendered by him in a larger sonic format of the orchestra. Using the platform, he took the liberty to interpret and improvise on the composition. Thus, he did not totally alienate his audiences back home, but made them wait for a return to the original composition.

In India, there have been many violinists who have done raga-dari on the violin and exploited the potential of the instrument as a pliant tool. VG Jog and N Rajam have both played the violin and elaborated on the raga in the three registers and raised the level of the instrument in the range of classical music to the same level as other string or bowing instruments. L Subramaniam, too, is a great violinist who has mastered a number of forms and musical systems in the playing of the violin.

In Pakistan, most of the very good violin players never got similar opportunities. Many limited themselves to playing it as part of the film orchestra. Dilshad Hussain had the potential to be a solo violinist in the country, the dream that he was able to realise when he started playing to audiences abroad. It is hoped that his persistent and perseverance will be carried on by his son, Samar Hussain, and that he will continue with the arduous task of walking in his father’s footsteps. For many years Samar Hussain played with his illustrious father. Playing without him would be his first real test.

Ranveer Singh reflects on how his Bollywood ‘dream became a reality’