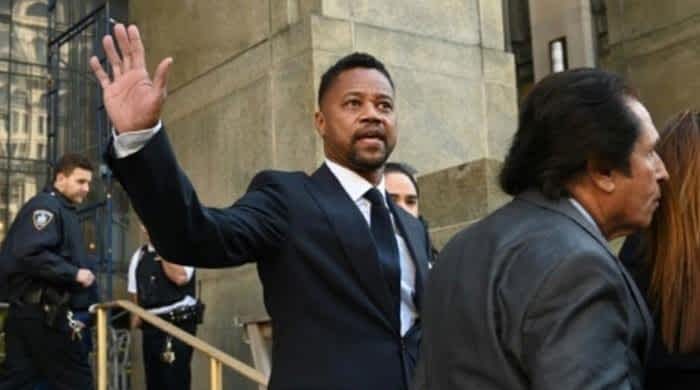 NEW YORK: Actor Cuba Gooding Jr pleaded not guilty Tuesday to groping two women as prosecutors revealed that a dozen others had accused the Oscar winner of sexual misconduct.

The “Jerry Maguire” star was arraigned before a judge in New York to hear an indictment against him that added new forcible touching and sexual abuse charges to a previous allegation.

Gooding was due to go on trial last week over accusations he grabbed a woman´s breast without her consent in a Manhattan bar on a night out in June.

But it was postponed after prosecutors said they planned to file new charges.

That indictment was unsealed at a state criminal court on Tuesday, showing that Gooding is also accused of pinching a women´s buttocks in a New York nightclub in October 2018.

He has been charged with four counts related to the two allegations.

The indictment also detailed accusations by 12 other women.

Those incidents stretch from 2001 to 2018 and all include allegations that he touched the victims at restaurants, bars and hotels without their consent.

None of the women has been identified. The judge will decide whether to allow them to testify at the trial.

Gooding was released without bail. No trial date has been set and the next hearing is on December 13.

Gooding won an Academy Award in 1997 for his performance as a football player in “Jerry Maguire.”

Deepika Padukone reminisces upon her days as a badminton player: ‘That was my life, no late nights’