Afghanistan to host Pakistan for white-ball series in Aug/Sept: sources 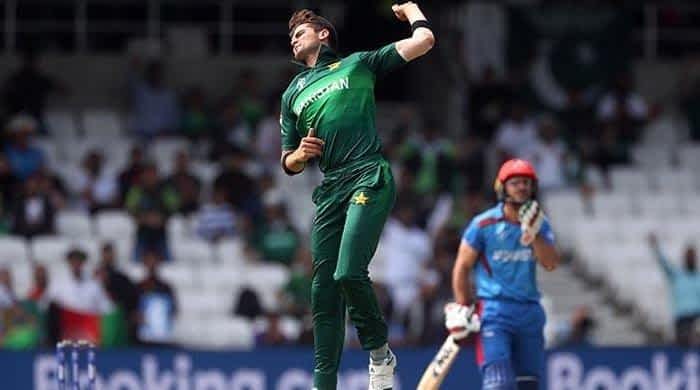 LAHORE: The Afghanistan cricket team will host Pakistan for a series in the UAE, said sources on Sunday.

The series will take place in August/September this year, confirmed sources, adding that the cricket boards of the two countries are currently holding discussions over the matter.

The series, which will include three One Day Internationals and an equal number of Twenty20s, will take place after Pakistan return from their tour of the West Indies, said sources.

Pakistan will host the New Zealand cricket team for a series in September, said sources.

Nabi had revealed details of his meeting with Prime Minister Imran Khan, adding that the premier promised a cricket series between Afghanistan and Pakistan in the days to come.

This was revealed by sports journalist Saj Sadiq, who tweeted Nabi’s comments. According to Nabi, his meeting with the prime minister was an ‘exciting’ one.

“Meeting Prime Minister of Pakistan Imran Khan was exciting. We had lunch & had a photoshoot with him,” he was quoted as saying. “We asked him to give Afghanistan a series with Pakistan and he has promised that. We enjoyed that meeting and discussed some cricket things with him,” added the cricketer.

The PCB had earlier announced that the men’s national cricket team will tour West Indies and is scheduled to play two Tests and five T20 Internationals from July 21 to August 24.

The tour, which will take place following the conclusion of an upcoming ODI and T20I series in England, will commence with back-to-back T20Is in Barbados on 27 and 28 July, before action will move to Guyana for the July 31 and August 1 back-to-back T20Is, and the series finale on 3 August, the PCB statement stated.

After a two-day practice match on 6-7 August in Guyana, the side will move to Jamaica, where two Tests will be hosted at the Sabina Park stadium from 12-16 August and 20-24 August.

The two countries decided to scrap one Test match in the series and instead, include two T20Is in its place. The decision was taken keeping in mind the upcoming ICC World T20 Cup, PCB CEO Waseem Khan had said.

“In addition to playing England, Afghanistan, Bangladesh, and the T20 World Cup in away series, we will be hosting New Zealand, England, West Indies, and Australia in the next eight months,” the PCB’s chief executive had said.