Afghanistan’s road to peace paved with remnants of war 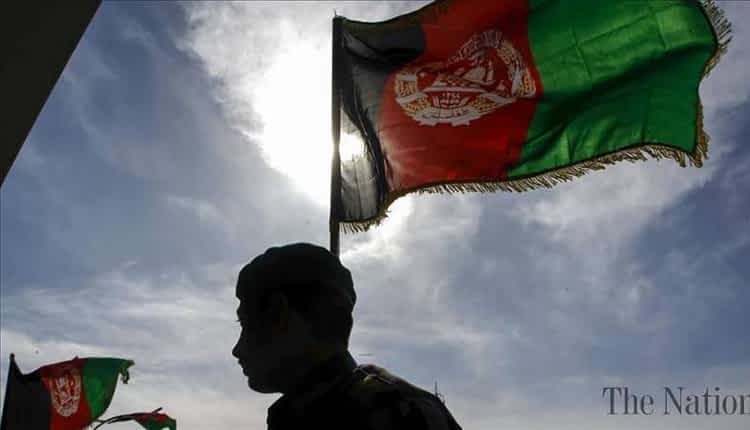 As the world marked the International Mine Awareness Day on April 4, the war-ravaged country remained far behind from clearing the thousands of deadly mines planted during the raging conflict since the invasion by Soviet forces back in the 1970s.

International Committee of the Red Cross (ICRC) spokesperson Roya Msawi told Anadolu Agency that around 400-500 Afghans lost their limbs and came to the ICRC Physical Rehab Program over the last decade. “Approximately 85% of them are adult males, 5% adult women, 10% children.”

Since the beginning of our operations in 1988, there have been 29,838 mine victims registered with the ICRC as of Feb. 28 of this year, she said.

Every year, approximately 2,500 artificial limbs are made for land mine victims, she said, adding: “The same number has been repaired.”

With the departure of the Red Army in the late 1980s and Afghanistan’s further descent into chaos, landmines have continued to be used by various warring factions with the Taliban-led insurgency.

Afghan officials and rights defenders have been increasingly apprehensive lately over the troubling trend of IEDs causing havoc in urban centers parallel to the traditional landmines claiming lives in the restive countryside.

Fresh estimates on landmines by the International Campaign to Ban Landmines suggest that Afghanistan lost 1,538 lives to landmines in 2019. According to UN estimates, some 120 mine-related civilian casualties are recorded every month in the country.

The country is followed by Syria with 1,125 civilian casualties, Myanmar with 358 fatalities, and Mali with 345 from landmines due to growing political unrest in the period.

Trading allegations, the Afghan government and the Taliban have on their part been issuing varying figures.

Afghan Interior Ministry spokesman Tariq Arian told Anadolu Agency that the Taliban orchestrated at least 2,173 IED blasts in the country in the past Solar Hijri year (from March 2020 to March 2021), killing over 2,000 civilians and injuring more than 4,000, while the Taliban reject these charges.

With the start of intra-Afghan peace talks in September 2020 between the government and the rebels, the country saw a spike in magnetic IED blasts specifically aimed at prominent civil society activists, government officials, and even journalists.

The Afghan intelligence service believes the insurgents have mastered the technique of planting roadside IEDs in minutes before anyone notices.

“We have arrested terrorists and confiscated cars that were designed to make holes on roads within minutes to hide landmines and blow them up when the car of their target would reach within range,” an official on condition of anonymity told Anadolu Agency.

With over three decades of experience in mine clearing, Haji Ahmadzay has seen the evolution of these “hidden devils” over the years.

“First, we came across mainly two types of landmines in Afghanistan during the Soviet invasion. They were anti-tank mines mostly used against them [Soviet troops] and the then-regime forces. And the second sort was the anti-personnel mines, which were generally used against the mujahideen in the mountains and valleys. Most of these mines still remain and pose life-threatening risks to the civilians,” he said.

Recalling the horrors of the past, Ahmadzay said the most lethal of them all was the modified versions, which resembled toys and were thrown from helicopters on civilian populations.

“Now, those sophisticated anti-vehicle landmines have evolved into something very basic which the Taliban use to target convoys of security forces. It only needs a bucket or any other container to be filled with explosives and a trigger to be activated via a mobile phone,” he said.

In connection with the International Mine Awareness Day, the UN fears that it is unlikely that the target of declaring the country free from mines will be reached anytime soon.

Figures published by the UN Office for the Coordination of Humanitarian Assistance to Afghanistan indicate that over an area of 530 square kilometers (204 square miles) in the country have now been identified as contaminated by mines and unexploded ordinance, while some 149 square kilometers (57.5 square miles) as priority one, or areas that have an immediate impact on people’s lives (residential areas, commercial areas, agricultural land, irrigation canals, roads and grazing areas).

Out of all 34 provinces in Afghanistan, Bamyan in the central highlands is the only mine-free province, which saw explosive devices removed from a large area in 2019.