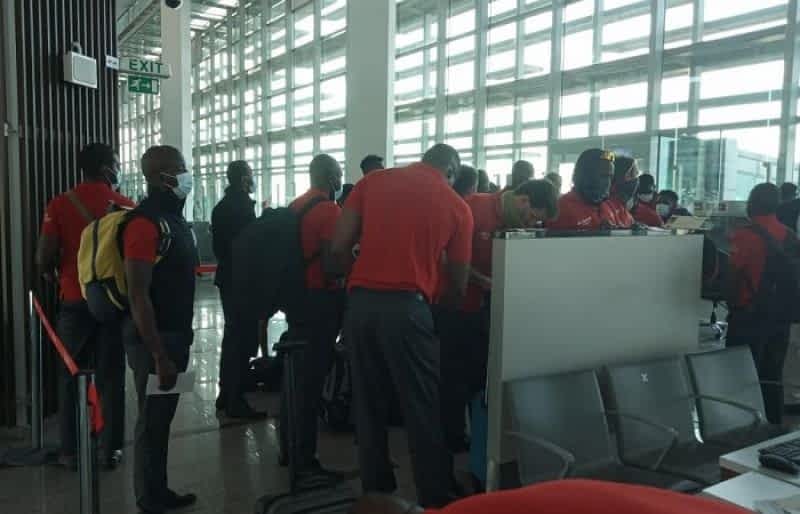 Pakistan Cricket Board (PCB) officials welcomed the visiting team at the airport. Players of the Zimbabwe team — who are visiting the country after five years — will spend their first week (Oct 21 to 27) in quarantine in Islamabad.

Arrival of @ZimCricketv team at Islamabad.

Warm welcome to the visitors to the federal capital. pic.twitter.com/lKh40kYR3S

The team left on Monday morning from their home country with a travelling squad of 20 players.

Pakistan face Zimbabwe in three One-day Internationals — all matches being staged in Rawalpindi from Oct 30 — followed by as many T20 Internationals in Lahore from Nov 7 to 10.

Pakistan squad
The trio of senior players including former captains Sarfaraz Ahmed and Shoaib Malik plus fast bowler Mohammad Amir were left out while uncapped players Abdullah Shafiq and Usman Qadir along with youngsters Khushdil Shah, Mohammad Musa Khan and Zafar Gohar were named by chief selector and head coach Misbahul Haq in a 22-member squad announced on Monday.

Leg-spinner Shadab Khan has been appointed as vice-captain in both ODI and T20 formats.

Besides two uncapped and three inexperienced players, the rest of the 17 squad members are experienced as Haq decided not to take the visiting Zimbabweans easy.