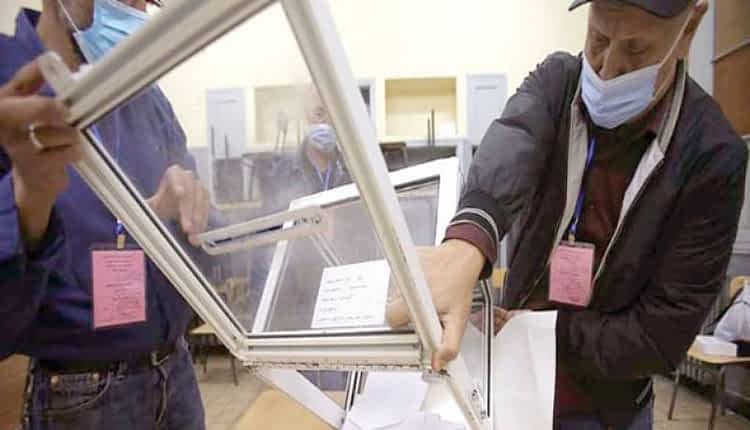 ALGIERS – Algeria on Sunday awaited the results of a parliamentary election boycotted by the long-running Hirak protest movement and marked by widespread abstention. Ahead of the official results, the Movement of Society for Peace (MSP), said its candidates were in the lead in most regions.

It warned against “numerous efforts to alter the results”.

With the widespread abstentions, established parties linked to the regime — the National Liberation Front (FLN) and the Democratic National Rally (RND) — had been seen as likely to lose seats.

He said the shape of the new assembly should emerge on Sunday but it would be 96 hours before official results are announced.

Fewer than one percent of registered voters cast their ballots in Kabylie, a mainly Berber region east of Algiers, and the cities of Bejaia and Tizi Ouzou.

“As expected, the majority of Algerians snubbed the ballot boxes. The low turnout confirms the strong trend towards rejecting the vote,” read the front page of French-language daily Liberte.

President Abdelmadjid Tebboune, himself elected on an official turnout of less than 40 percent in late 2019, put a brave face on the figures.

“For me, the turnout isn’t important. What’s important is whether the lawmakers that the people elect have enough legitimacy,” the president said.

The Hirak protest movement, which apart from a hiatus due to the coronavirus pandemic had held twice-weekly demonstrations for reform until they were effectively banned last month, rejected the polls as a “sham”.

The movement has urged boycotts of all national polls since it mobilised hundreds of thousands of people in early 2019 to force longtime president Abdelaziz Bouteflika and his cronies from power.

But voting day was mainly calm, except in Kabylie, where ballot boxes were ransacked and security forces detained dozens of people, rights groups said.

Two prominent journalists detained on the eve of the election and released Saturday, Khaled Drareni and Ihsane El Kadi, condemned their “arbitrary” arrests.

“I believe you have the right to know that two journalists… were subjected to arbitrary arrest and detention for no apparent reason,” Drareni wrote on his Facebook page.