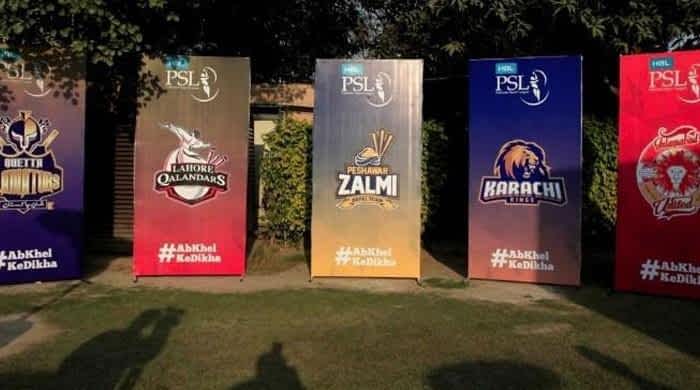 The joint statement followed a joint petition by the franchises owners in Lahore High Court against the PCB. — Twitter/Files

KARACHI: Franchise owners of all six teams of the Pakistan Super League issued a joint statement on Saturday blaming the PCB for not responding to their grievances.

The statement said that the franchises have serious reservations with the existing financial arrangement and model of PSL.

“PCB has demonstrated an unwillingness to discuss, deliberate, or revise the arrangement in a serious manner, forcing the hand of the franchisees time and again. Since the inception of the league, the franchisees have collectively suffered losses in billions of rupees while the PCB has made billions,” the statement said.

The joint statement followed a joint petition by the franchises owners in Lahore High Court against the PCB.

The statement highlighted that PSL franchises tried their best to settle the matter amicably with PCB but the board’s unwillingness and continuous decline made them seek the legal route.

“In light of the losses suffered by us over the past five seasons and PCB’s constant unwillingness to consider our grievances seriously, all six franchisees have been constrained to approach the honorable Lahore High Court against PCB,” the statement said.

“We would like to reiterate at this juncture, our firm commitment to the sport, and clarify that PSL franchisees have always tried to solve their disputes with PCB amicably and without the interference of a third party. However, PCB’s disinclination in addressing our grievances has left us with no other alternative but to have the matter decided by the court,” it added.

According to the Writ Petition filed in LHC, a copy of which is with Geo.tv, the PSL franchises owners (petitioners) asked that PCB be directed to hear the grievances, the financial model be revised, and the impugned demand be suspended till the grievances have been addressed.

The grievances of the PSL franchises with PCB were first observed in October 2018 when a joint letter by franchise owners was sent to PCB seeking the dollar rate to be pegged and revenue sharing formula reviewed.

Days after that letter, PCB had terminated Schon Group as owners of Multan Sultans. The franchise was later purchased by Alamgir Tareen after making the highest bid.

A meeting of the PSL governing council dated September 30, 2019, did discuss the same but failed to reach any agreement. A similar fate befell a meeting held in July 2020.

The franchises in their Writ Petition also mentioned that when they insisted on having grievances addressed and the financial model revisited, the tone of the respondent (the PCB) changed completely and became threatening.

IMF MD says global economy 'not out of the woods yet'