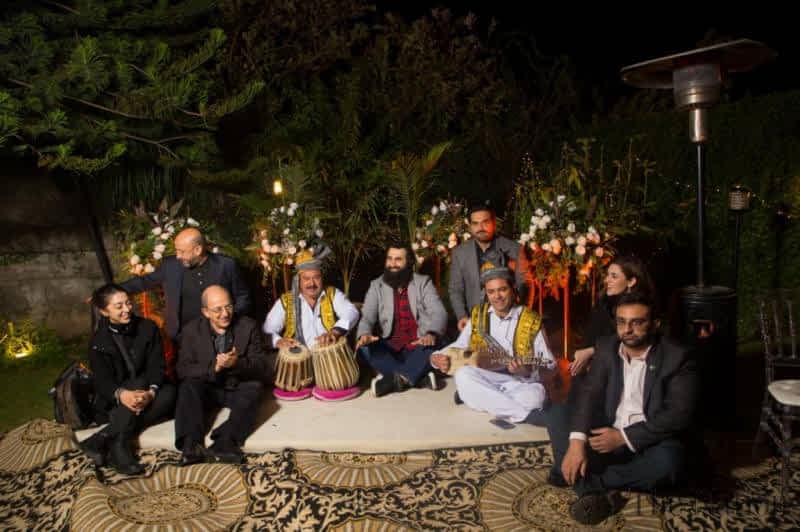 In connection with enhancing more intellectual, social and cultural ties among the artists of both the countries, the renowned producer Ammara Hikmat of the all- time green movie “The legend of Maula Jutt”, hosted a lavish dinner for the popular Turkish producer, Kemal Tekden and the Celal Al aka ‘Abdurrehman Ghazi’ from Resurrection Ertugrul, at her place in Islamabad.

Ammara hoped that such collaboration between Pakistani and Turkish artists will bring betterment to our industry. She further added that by such joint projects actors and producers from both sides come together and learn from each other.

The Turkish delegation accompanied by prominent celebrities of Pakistani film and drama industry including Hamayun Saeed, Adnan Sidiqui and Imran Abbas added oomph to the gathering.

Later on, in the evening they were introduced to the Prime Minister Imran Khan including many leading members of the government of Pakistan as Information Minister, Senator Shibli Faraz, and Chairman Kashmir Committee, Shehryar Afridi also presented at the occasion.

Pakistani exports to US witness over 20% rise in Dec 2020, says PM's adviser