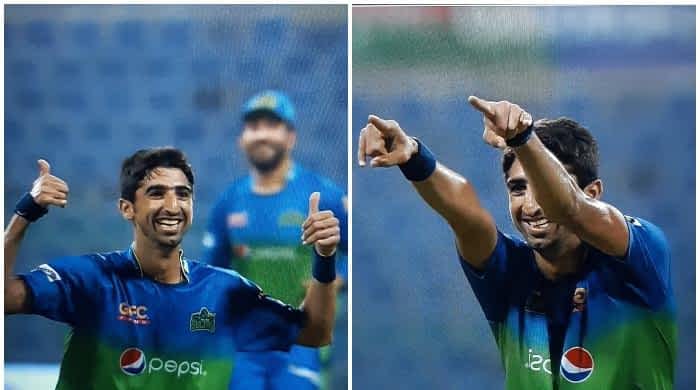 Shahnawaz Dahani is riding a wave of hard-earned success after becoming the best bowler and best emerging player of the PSL 2021. The fast bowler from Larkana dedicated his stellar achievements to his parents.

“I want to dedicate my achievements to my mother who always prays for me and to my late father ( if he was here would be proud of me). Thanks and love to all my fans,” tweeted the fast bowler after Multan Sultans beat Peshawar Zalmi comprehensively in the final to be crowned PSL victors.

Dahani has come a long way, from playing bare-foot with a tape-ball on an uneven field to achieving laurels at the PSL. He didn’t have any facilities in his village, not even a proper connection to watch live cricket.

He would borrow shoes from his friends and do “jugaars” to watch live streams of cricket matches around the world.

“I was passionate about bowling fast and was known in my village for my fast bowling, that’s why many there had named me 3G bowler – to relate the speed with the speed of the internet,” Dahani had said then.

He also mentioned how he had to borrow shoes from a friend to appear in the U19 trials for his district.

KeepTruckin named to Parity.org list of best companies for women