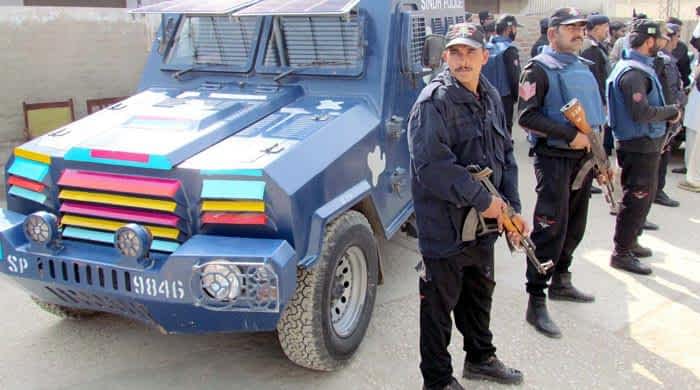 His passport and mobile phone have already been seized for their forensic analyses. His answers were deemed unsatisfactory during his questioning about his role in recruiting MQM activists on RAW’s behalf for their training in India, following which he was formally made a party in the investigation.

“This is not an ordinary matter, as he is facing serious allegations of calling MQM activists in a third country, where he gave directives to select MQM workers to get them trained in India through RAW,” said a senior CTD officer.

“His answers were unsatisfactory, so he has formally been made party in the investigation. His passport and mobile phone are being seized for their forensic analyses, and the process to block his CNIC has been initiated. He has also been informed that if he leaves the city, he may be treated as an absconder.”

The CTD had earlier summoned Anis Advocate and former MQM leader Farooq Sattar to interrogate them about their alleged involvement in incidents of terrorism in Hyderabad. A notice had been served on Sattar to appear at the CTD Civil Lines police station at 12pm on June 5.

According to the notice, three suspects — namely Naeem Khan, Imran Ahmed and Aleemuddin — had been arrested during a raid in Landhi on May 28 for their alleged ties to RAW and involvement in terrorism.

According to CTD officials, the suspects had claimed receiving assistance from Farooq Sattar, Anis Advocate and others in terrorist activities in Karachi and Hyderabad. The CTD had issued a similar notice to the PSP leader.

On March 20, 2016, Anis Advocate had announced that he was joining the PSP after abandoning the MQM. He has served as PSP’s senior vice chairman. However, party sources said that he had not been active in party affairs for the past two years.

Tom Hiddleston opens up on his decade-long connection with Loki