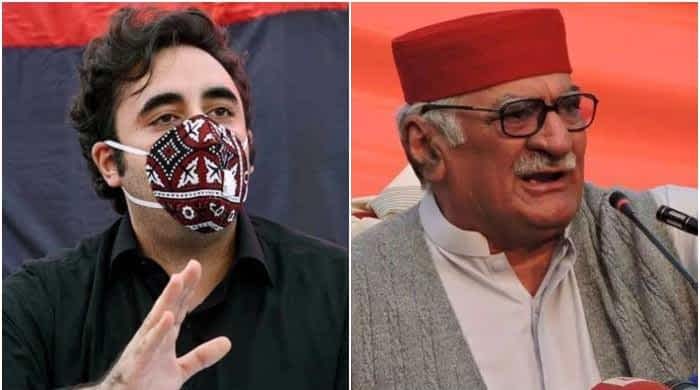 According to details, notices are sent by Secretary-General PDM Shahid Khaqan Abbasi.

PML-N leader, while addressing media outside Parliament House, confirmed  that the notices to both parties have been issued.

PPP and ANP’s move has harmed Opposition alliance and movement, read the notices.

PDM chief Maulana Fazal ur Rehman had approved the issuance of show cause notices to both parties.

PPP has been asked to explain within a week, its conduct of getting appointed its candidate, former PM Syed Yousuf Raza Gilani, as Leader of Opposition in Senate, by defying the consensus decision of component parties of the Opposition alliance.

A similar notice was also issued to the ANP for supporting the PPP in its efforts to get Gilani designated by roping in government’s ally Balochistan Awami Party (BAP) senators to constitute major support.

The show cause notice directed both the parties to present an explanation within 7 days.

England to enter 2nd stage of lockdown easing next week