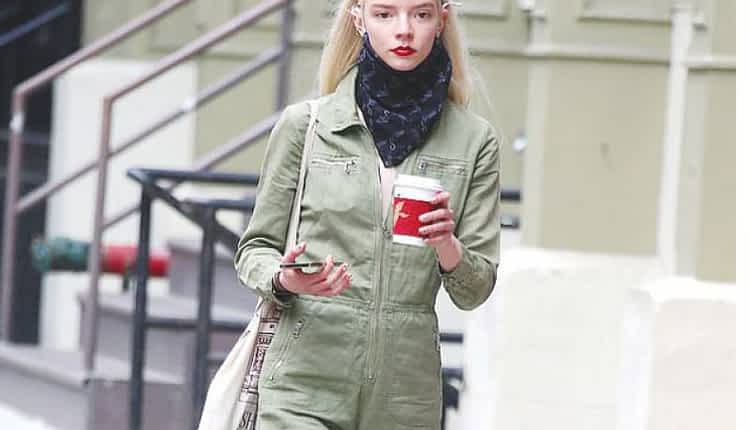 ISLAMABAD – She is set to jet to Australia in the near future to film Mad Max prequel, titled Furiosa, to play a younger version of the character Charlize Theron portrayed in 2015.

And Anya Taylor-Joy definitely looks ready to get back to work.The 25yearold American-born Argentine-British actress was seen looking stylish as always in a pair of flared green overalls while out and about in New York City.

No doubt she was in need of an energy boost as she picked up a caffeinated beverage from La Colombe Coffee Roasters.She teamed the simple but stylish jumpsuit with a pair of black leather studded heels.

Anya accessorized with a beige tote bag draped over her shoulder along with black wayfarer shades and a matching scarf draped around her neck which doubled as a face covering.

Her signature platinum tresses were worn down as she accentuated her porcelain skin with complementary make-up contrasted with a swipe of bright ruby red lipstick.She was later joined on the outing by a gal pal as they galivanted around the Big Apple together.