Ariana, The Weeknd perform together at 2021 iHeartRadio Awards 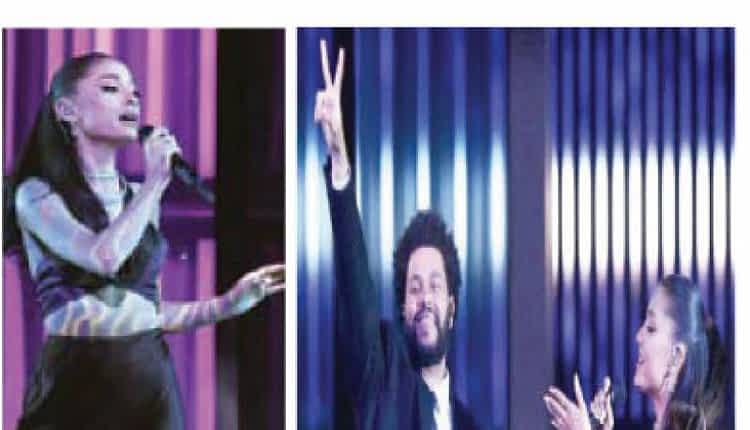 ISLAMABAD – The singer, real name Abel Makkonen Tesfaye, also got the 2021 iHeartRadio Awards off to a fantastic start with a performance of Save Your Tears that became a surprise duet with Ariana Grande, 27.The Weeknd took to the stage solo at the Dolby Theater to sing the first verse of his beloved song, before surprising the fans by bringing Ariana out for the second verse.

Once the song was over, they warmly hugged each other and then he threw a hand triumphantly into the air as they announced each other’s names. The Weeknd released the solo version of Save Your Tears last year as a single for his album After Hours and the remix with Ariana dropped last month.Ariana’s latest smoldering performance comes less than a month after her secret wedding to luxury realtor Dalton Gomez.

And the shocks kept coming as following the duet, which kicked off the show, host Usher came out and started handing out stacks of cash.

Incentives for manufacturing, construction, other sectors led to economic recovery in FY21: Tarin