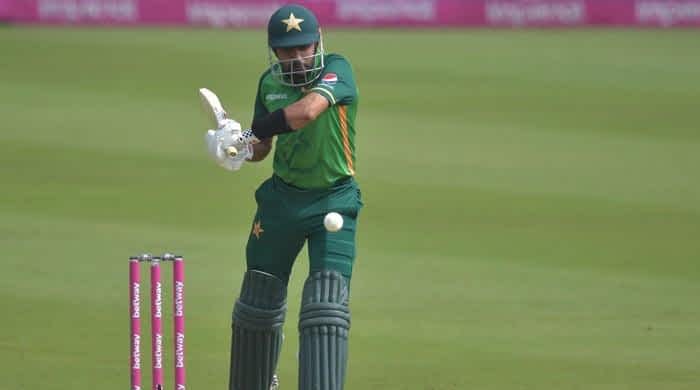 Top-order Babar Azam has definitely earned his spot among the world’s top batsmen and he has also been placed on the second position in ICC’s ODI rankings.

As the spotlight turns on Azam, another impressive feat that the Pakistani skipper has achieved in ODI cricket, has emerged.

Since November 9, 2018, over the course of the last 28 ODI matches, the Pakistani skipper has consistently scored totals of two or three-digit figures. Not one of these knocks resulted in a single-digit score before his dismissal.

In a recent ODI against South Africa, the Pakistani captain managed to score 103 runs in a classy inning that saw his team out of the woods against the Proteas after Fakhar Zaman fell early on.

Azam’s century put him in a league of his own as he became the fastest batsman in the world to score 13 ODI centuries.

Despite his amazing run of form, Azam is still placed behind his Indian counterpart in the ODI rankings.

Kohli is still placed on the top of the table, with an 857 rating, while Azam is right behind him with a rating of 852.

Here’s his scorecard for the last 28 matches:

North Korea will not join Tokyo Olympics over COVID-19 fears