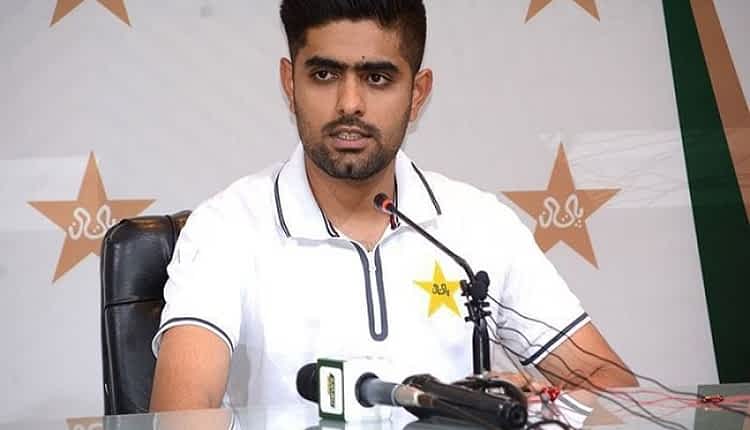 Pakistan captain Babar Azam on Monday was voted the International Cricket Council’s (ICC) Men’s Player of the Month for April 2021, according to the state-run media outlet Associated Press of Pakistan.

The report added that Azam had won the award for his “consistent and outstanding performances across all formats in the recently concluded series against South Africa and was chosen as the April winner by fans and the ICC voting academy”.

Azam’s match-winning 82-ball 94 in the third ODI against South Africa helped him gain 13 rating points to reach a career-best 865 points. He also contributed 122 from 59 balls in Pakistan’s successful chase in the third match of a T20I series against the same opposition.

“The world bats in two ways in white-ball cricket.

“One way is to destroy attacks with muscle and force and then there is the Babar Azam way, like conducting a batting symphony with punch, panache and flair, and he deserves to win this award,” said Ramiz Raja — representing the ICC’s voting academy — as he commented on Azam’s performance in April.

Azam also became the first Pakistan captain to win his first four opening Tests, according to a statement from the Pakistan Cricket Board.

The ICC on Monday announced the winners of the ICC Player of the Month Awards for April which recognise and celebrate the best performances from both male and female cricketers across all forms of international cricket throughout the year.

Australian female player Alyssa Healy was named the ICC Women’s Player of the Month for April 2021.

He had become the fastest cricketer to reach the milestone of 2,000 runs in the Twenty20 international format, having accomplished the feat in just 52 innings.

Azam became the 11th overall player to score 2,000 T20I runs and took Kohli’s record, who had previously held it for scoring 2,000 runs in 56 innings.

Also in April, Azam also overtook Kohli to become the No.1 ranked ODI batsman in the world after the ICC Men’s Cricket World Cup Super League matches against South Africa.

Azam had moved ahead of Kohli to the No.1 position after his 103 in the first match of the series. But, he had slipped to second (five points behind Kohli) after scoring 31 in the second match.

However, after an innings of 94 in the series finale that earned him the player of the match award, Azam had once again leapfrogged the India captain who slipped from the top for the first time since replacing AB de Villiers in October 2017, a press release issued by the Pakistan Cricket Board (PCB) had said.