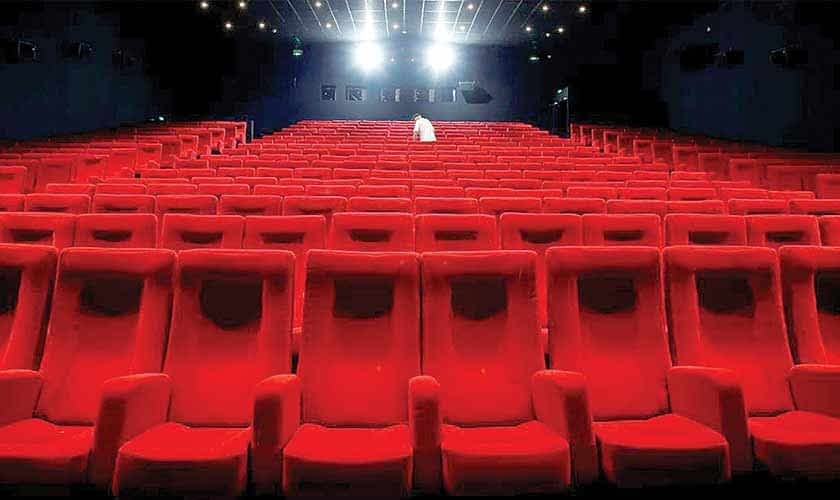 Just as there are false alarms, there are false flickers of hope and optimism. A few weeks ago, it appeared that the worst was over and life was getting back to normal. For someone like me that also meant that musical performances could be attended again and theatres visited.

It seemed a little odd to revert to the routine that had been suddenly truncated by the onset of corona. The unprecedented stoppage had been very abrupt and it had taken all of us a while to get uneasily accustomed to it. It was weeks before the ennui couched in lazy anguish set its steady trundle.

However, sitting in front of the screen surfing the net or bending over the mobile set hunting for stories has been a bizarre experience. What can one write and what can one say once all activity has been abruptly switched off. What was left was a search for stories that did not really exist.

In other words, it was an effort to invent stories and to create reviews and imaginary write ups for the column space to be filled up. It was a reluctant attempt at space invasion, as our late friend Kaleem Omar would say with a twinkle in his eye.

The paper had to come out; the shows had to continue uninterrupted; and the space had to be filled. Otherwise, corona would have been declared the winner without a shot being fired. So, it was not only an attempt to fill the space in print and screen but also a show of resolve not to join in the Covid-19 victory parade.

The intention and the trickery in writing about topics that may never have existed took a purpose greater than the superficial: the harking back in imagination and the exercise in falling on to one’s own resources in crunch times. The human instinct in its most basic form was again on display. All the advantageous props of development came crashing down.

But was it so because the digital world had come out in full colours, all its own, and started to occupy space left unattended and unguarded by the shutdown? Whatever was seen was virtue. It was, and it had to be because it displayed some flash of light that indicated the “normal” in times that threw everything into a dark tail spin.

However, sitting in front of the screen surfing the net or bending over the mobile set hunting for stories has been a bizarre experience. What can one write or say once all activity has been suddenly and abruptly switched off. What was left was a search for stories that did not really exist.

So, from the very basics like meeting up with people, family, friends and connecting with them, came the package of adding something to it. Creativity was let loose and it coloured the functional edges of everyday chores. Greetings were inevitable but if it came with an additional gesture, it added value. It was seen to be ghanimat and gradually the ghanimat became the robber and invaded more and more space to outwit the banal and the functional. So, we were on the way to creating an art out of the necessity; of being holed out and separated from one another; and not being allowed to communicate, let alone connect.

When the pandemic marched into our lands in March, it looked more like a jest than a death-distributor. It was the habit of stepping out of the house that had to be curbed. I do not remember when was it last that I stayed in the compound of my house for the better part of the week. As it started to become slightly more bright around the edges, one started to look outside the walls. Men have been conditioned to step out. Not doing so was against the way they had been brought up. Initially, it was to check, whether the physical side, the body responded as it used to do previously. It was an act of stepping out of the house that was not thought of by us. It happened all on its own and involved no decision-making. Instead, staying in the house involved restraint and curbing the inevitability of stepping out.

The habit of unthinkingly stepping out had to be resurrected, refurbished, renewed, refreshed, recalled, and one found it difficult to do so. One had to make an effort to stay at home and then it was its very opposite, an effort to step out of the house. And that, too, just for doing the bare essentials like shopping for food and grocery. Even urgent matters like electricity repairs had to be put on hold, and as the summer started the air conditioning units switched on without going through the proper servicing rituals. Some malfunctioned, and the servicemen were not asked to set them right because they were also hibernating, and then if available, avoided for the fear of bringing the virus with them into the house.

And so the very basics were also put on hold without venturing into the world of the mechanical help, wanting to set things right like in one’s childhood, where gadgetry was the prime target to be repaired by dismantling. Of course, it was quite different from the reaction in childhood: it was much more scathing in old age.

So, it was difficult to get back to the routine that seemed to be there forever, a lesson that once out of sight meant out of mind. Getting back to the habit of visiting theatres and music programmes, an uphill task. Well what about the caution of social distancing and the particularity of people wearing masks. What was it, the fear or the anger, or just the habit of avoiding the situation, rather than facing it head on. What we had been doing was passive resistance or avoidance and not confrontation, rather than hold it by the throat and wring it out of existence. The surge of the virus put on hold all such anxiety about reverting back to the normal.