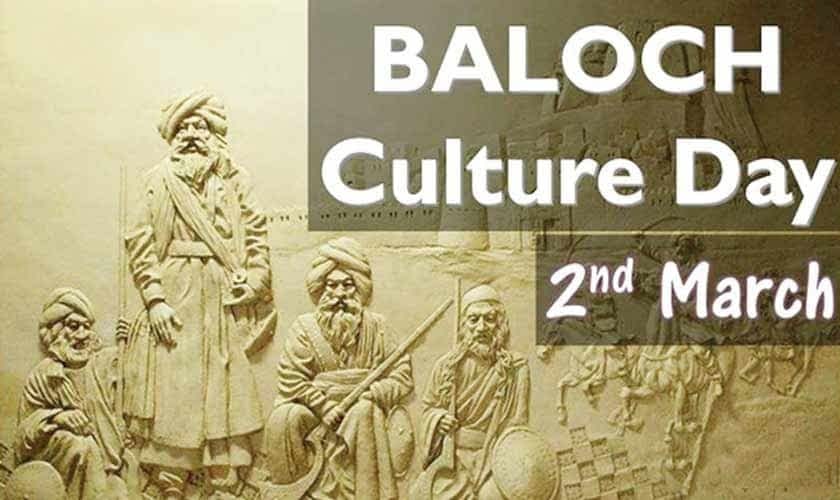 Last week, the Baloch Culture Day was celebrated across the country. A session in this regard was also held at Alhamra, Lahore. Music and dance accounted for a major portion of its duration.

The conflict or prejudice against a province’s call for cultural identification started with the Bengalis calling for the assertion of their linguistic rights and identity. The guardians of Pakistan, who wanted a distinct national cultural identity, found this thrust incompatible with their narrative.

No matter what the Bengalis then had to say, it was unacceptable although there were also those constantly reminded the authorities that Pakistan’s existence owed everything to the provinces having agreed to become federating units. Many thought that the provincial identities should merge with the national identity. The provincial identities existing in their own right as well as having a national identity was beyond the comprehension of those pushing for a more homogeneous order in the new state.

The perceived vacuum was filled by heavy doses of religion. The order based on a single interpretation of culture mixed with religion was thrust upon the provinces. Those who disagreed were seen as traitorous to the cause of a single national sovereign identity.

The dismemberment of the country saw the end of this unsustainable postulate. The question of Sindhi identity assumed a new significance with the rise of the Pakistan Peoples Party and its Sindhi leadership. However, with the fall of Zulfikar Ali Bhutto, the persistence of Sindhi identity forced the rulers to find its antidote by upholding the question of Sindhi culture without reference to politics. The Sindhi ajrak and the topi became the new rallying point for nation building, thus forging a straitjacket national profile.

To many, espousing of provincial cultures is against the line taken in the early years of the country’s existence. Now, we are on the cusp of celebrating Baloch culture as well. Pakistan is like a bouquet where all the flowers should find a place in the arrangement. The significance of the political fallout of this position has not being fully recognised or appreciated.

Over the last few decades, the cultural identity of the provinces has been celebrated. The issue has become more poignant since the current chief minister of the Punjab is of Baloch origin and hails from a part of the province where the Baloch reside in greater numbers. Both Dera Ghazi Khan and Dera Ismail Khan have chunks of Baloch populations. The cultural celebration started in that region before coming to Lahore. However, it should not be forgotten that it is all being done at the official level. It will only take root once the people embrace and organise it on their own.

Now, what does the Baloch culture represents? Of course, there were certain dances and then there were some music compositions – call them the traditional songs of the area – vocal and instrumental. Then, there were handicrafts the area is famous for. There should have been poetry or stage presentations based on traditional or folk lore of the legends. However, it was not so.

Nevertheless, the question that should be asked is: what really is the relationship of culture and politics? Are the cultural forms totally devoid of political content? Many like to believe that culture or cultural expression is only song and dance and does not have a necessary link with the life of the people. Can this piecemeal approach or seeing life in bits and pieces be useful?

The Baloch have had an uneasy relationship with the centralised state that emerged after independence. Some even question the way the states were made to merge with Pakistan. Ever since the One Unit experiment, the Baloch have resisted state control.

During the days of Zulfikar Ali Bhutto, the elected government was dismissed and much of Balochistan went into a state of insurgency.

The Baloch have been targeted by state apparatus and accused of playing in the hands of foreign elements. This constant drumming of the charge sheet should be hugely annoying to the Baloch. They are singled out primarily because there is a feeling that the Baloch have never become part of the mainstream in the national life. Their resources and huge landmass have been exploited without proper representation in national politics and economy. The effort to prop up their music and dance is not enough to assuage their grievances.

There have been sporadic efforts at bringing the Baloch into the national mainstream. At best the efforts have been partially effective. No overall concerted picture has ever emerged to set at rest the pain and the protests.

The acceptance of music and dance on the surface, if deconstructed, can speak the same language that the Baloch otherwise speak in politics. Perhaps, the need is to address the latter as well. It should not be all cosmetic or frivolous.