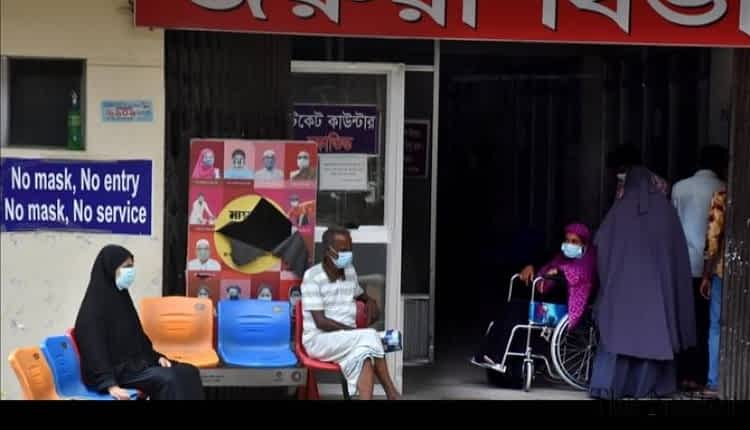 Bangladesh is set to inoculate 80% of its population by early next year, the country’s top health official said on Saturday.

“If nothing unexpected occurs, we are supposed to serve 210 million jabs of COVID-19 vaccines among the countrymen by early next year,” Health Minister Zahid Maleque told a virtual conference with representatives of the South Asian nation’s private hospitals.

He said the government’s current COVID-19 vaccine stocks total more than 10 million doses, while another 20 million are likely to reach the capital Dhaka by next month.

By early next year, Bangladesh is to receive a total of 210 million doses, including from donations and commercial purchases.

“We are optimistic that with these huge supplies we will be capable to inoculate 80% of country’s total population if everything goes normal,” he said, adding that Bangladesh faced problems due to a sudden halt in the supply of 30 million doses of AstraZeneca jabs from the Indian Serum Institute despite a commercial deal.

Dhaka, however, received a total of 10 million doses from India in installments, including 3 million as gift.

All adults 18-and-up eligible for vaccination

Maleque added that from now on, all Bangladeshis 18 years and older will be eligible to get vaccinated down from the current age limit of 30.

He said the move was meant to keep the country’s educational institutions safe and “inoculate the maximum number of people.”

Coronavirus-related fatalities has crossed the 19,000 mark in Bangladesh, after 195 new casualties pushed the total figure to 19,046 on Saturday, while the total caseload stand above 11.5 million, including 6,780 over the last 24 hours.

More than 988,000 people have recovered from the disease so far.

As of Saturday, Bangladesh has served nearly 11.5 million shots of COVID-19 vaccines including first and second doses.

In the wake of an upsurge in cases and deaths, the health minister urged private hospitals to increase beds dedicated to treating COVID-19 patients amid the more transmissible Delta variant.

Mubin Khan, the president of the Bangladesh Private Medical College Association, told the conference that 2,000 coronavirus-dedicated beds would be added soon in the country’s private hospitals.

According to government data, there are currently 12,663 beds including, intensive care units, in both public and private hospitals across the country. Nearly 73% of these beds are occupied, leaving only 3,506 empty.

Meanwhile, Bangladesh on Saturday received approximately 250,000 doses of AstraZeneca vaccine doses manufactured in Japan, according to separate statements by the Bangladeshi Foreign Ministry and Japanese Embassy in Dhaka.

“This is part of a total of about 3 million doses that the Japanese government will provide to Bangladesh through the COVAX Facility to meet the urgent needs of the Bangladeshi people who are facing the threat of COVID-19, and this is the first batch to arrive,” said the statement issued by Japanese embassy.

“Japan will stand by Bangladesh in the fight against COVID-19 and will work together to suppress COVID-19 as soon as possible,” the statement added.

Bangladesh also received 250 ventilators from India on Saturday night, according to a Foreign Ministry statement.