Banter between Shaheen Afridi, Shinwari, Haris Rauf has us rooting for bromance 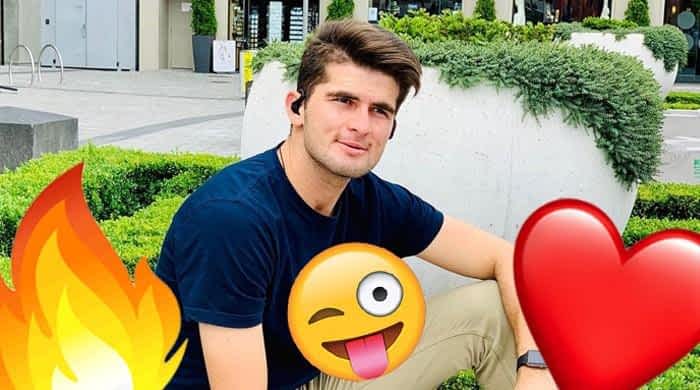 CHRISTCHURCH/KARACHI: A funny and somewhat soft banter between Pakistan’s three popular cricketers has Twitter users rooting for a cute bromance after Shaheen Afridi shared a picture that earned praise from his teammates, Usman Shinwari and Haris Rauf.

On Wednesday, Shaheen Afridi posted a picture in which he struck a model-esque pose, sporting a navy blue shirt and beige trousers. Shortly afterwards, Shinwari and Rauf jumped in to heap praises on him and exchanged a wholesome back-and-forth.

In another comment, Shinwari wrote: “Dair ala shaheen saib jar sham [Fantastic, Shaheen sahab, anything for you].”

As a few people on Twitter raised eyebrows, many others quickly popped in to laud them for sharing a tender moment, without the shackles of toxic masculinity.

“Let them have some fun. At the end of day players are also ‘insaan’ [humans],” he added.

User @AqibMansoor5 asked rhetorically if everything should be made into an issue. “Let them live,” said @javvvzy.

Others were protective of their favourite cricketers, telling dectractors to mind their own business.

A Game of Thrones reference also came up.

Some commented on how certain men made sleazy comments on social media.

“Stop judging others,” said one, while another said they were “humans like us and they should have some space”.

All in all, it was a fun ‘lesson’ for some to learn that cricketers have lives too and to definitely let men express their emotions freely and without judgement.

Pakistan needs long-term debt relief as it pays $10.4b in debt servicing