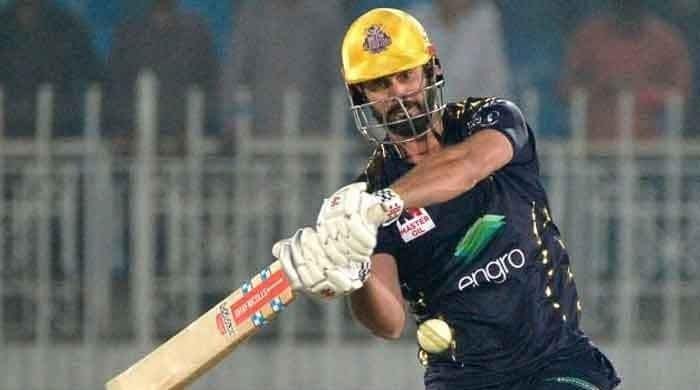 LAHORE: In a setback to Quetta Gladiators, Australian all-rounder Ben Cutting will not be able to partake in the remaining matches of the Pakistan Super League (PSL) 2021, Geo News reported Friday, citing sources.

Cutting had undergone quarantine at The Maldives after playing in the Indian Premier League and now he does not want to spend his time in quarantine anymore, the sources said.

According to the sources, the Pakistan Cricket Board (PCB) is set to announce the schedule for the remaining matches of the tournament today. Cricketers will enter the bio-secure bubble on May 23 and as per the PCB’s plan and will travel to Abu Dhabi between May 25-26.

Players from Sri Lanka and Bangladesh that are playing in the PSL 2021 will arrive in Pakistan and, after completing their quarantine period, will depart for Abu Dhabi with the Pakistani players.

Sources informed Geo News, it is likely the players will be also given a single dose of the coronavirus vaccine.

Players from other countries are likely to arrive in Abu Dhabi directly on May 23 for the league.

Sources said the first of the remaining matches are likely to be held on June 5. The final will be played 15 days later, on June 20.

After what was a very tense wait, the PCB finally got approval from UAE authorities on Thursday, to host the remaining matches of the PSL in Abu Dhabi.

“We are delighted with this development as the remaining hurdles in the staging of the remaining HBL PSL 6 matches in Abu Dhabi have been overcome and all systems are now good to go,” PCB Chief Executive Wasim Khan said.

“The holding of the remaining matches in Abu Dhabi will allow our fans to once again follow and support their favourite players and teams through our high-quality broadcast coverage of one of the most competitive cricket leagues in the world,” he added.