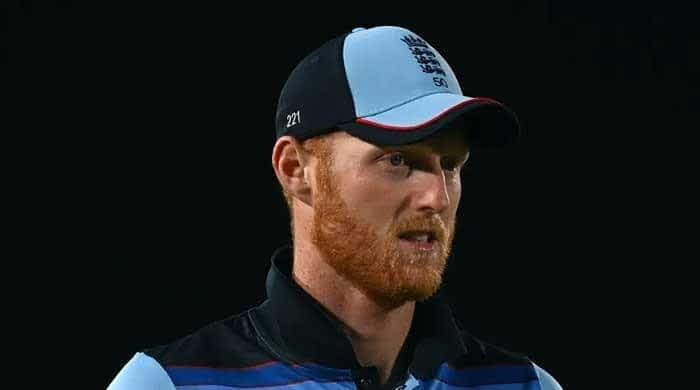 LONDON: Ben Stokes has been appointed as the new England captain for the ODI series against Pakistan after seven members of the England squad tested positive for COVID-19.

According to a statement by the England and Wales Cricket Board (ECB), “Ben Stokes will return to the squad to captain the side and Chris Silverwood, who had been due to take some time away during the white-ball series, is back as Head Coach”.

The announcement comes after the news that three members of the initial playing group and four members of the management staff had tested positive for COVID-19, and consequently, the entire squad initially selected was required to isolate.

After the announcement of new team members, there are now nine uncapped players in the England squad.

Ben Stokes is leading the English side for the first time. Stokes, who has been returning to full fitness by playing for county side Durham following a finger injury suffered playing in the Indian Premier League, is now set to make his first England appearance since March.

Incoming squad players and support staff will now undergo PCR tests and bridging protocols to ensure their safe entry into the England camp.

Managing Director of England Men’s Cricket, Ashley Giles, said: “It’s a great opportunity to play on the biggest stage, and for most of the players selected it’s not necessarily something they would have been expecting 24 hours ago.”

“We’re in unprecedented territory, in terms of replacing an entire squad and management team, and I’m very proud of how everyone has come together in order to get it done – both those within the ECB and from the county game,” Giles said.

“I’d like to also put on record the thanks of the ECB to the PCB for their support and understanding during this time.”

PCR tests administered in Bristol on Monday showed three as yet unnamed players and four support staff returning positive results, with the rest of the group deemed to be close contacts and having to self-isolate as well.

But the ECB insisted the three-match series against Pakistan, due to start in Cardiff on Thursday, will go ahead.

After Thursday´s match in Cardiff, the ODI series continues at Lord´s on Saturday before finishing at Edgbaston in Birmingham a week on Tuesday.

England and Pakistan are then due to play three Twenty20 internationals on July 16, 18 and 20, with the matches taking place at Trent Bridge, Headingley and Old Trafford respectively.