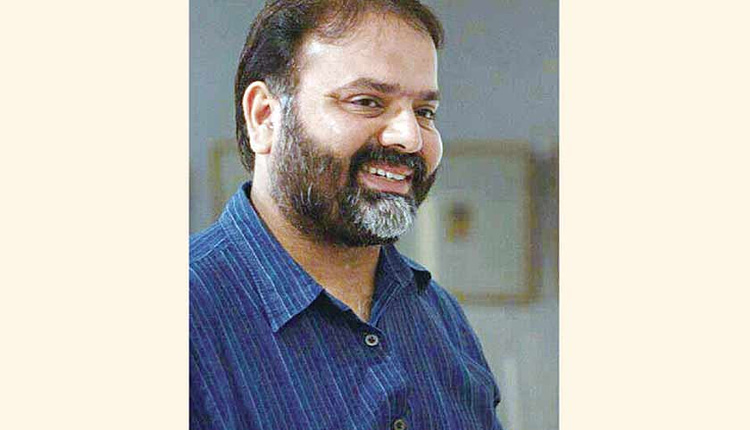 Artist Akbar Zia, a caricaturist and an illustrator, was a wonderful human being.

I had scheduled an interview with him for May 9. Instead, on May 7, I saw Sumaira Tazeen’s Facebook post: “You can’t go like this. You broke my heart.” Akbar Zia had passed away. My heart skipped a beat and I immediately called Tazeen to confirm the report. She told me that Zia had had a fever. The news came as a shock to many.

The pandemic has taken a terrible toll on artists. Zia is the latest among its victims. He was not only an extraordinary artist but also a humble, caring human being. His jolly nature made him stand out. His Facebook posts appealed to everyone. He would often write about his love for his children – two daughters and a son – and his wife.

Only a few people might know that he had studied to become an engineer before realising that it was not his cup of tea. He then went to the National College of Arts (NCA), where he gained great popularity due to his extraordinary skills as an artist.

Everybody who knew him always felt connected with him through his witty posts. He was an optimist, always praising life and counting the bounties that Allah had given him. He got along with everyone.

It was not easy to speak to his wife, Ayesha, about him in her bereavement but who would have known him better than her? Ayesha summed up Zia’s life: “He was a true friend to everyone he met, a happy-go-lucky guy. I don’t remember him not contacting people or criticising anyone. He would call everyone to check if they were doing okay or needed anything and to my surprise when he died and people called me they shared the things Akbar did for them that were not in my knowledge.”

“The other day, we had a Zoom meeting dedicated to Akbar and his work. His friends discussed his life. Everyone loved him beyond measure,” said Ayesha.

Ayesha said she would often tell Akbar that the world connected to him through Facebook alone and no one would be there if times changed. “He would laugh and say you don’t know dear, the world knows me.” She said she would take it as a joke, but the day he died she realised the truth in his words carried. She says people from all corners of the world had called her to offer their condolences.

“People have shown so much love and care that and I wish for him to come and see the love and care people have had for him and his family. Everyone knew him. He was teaching at the Indus Valley and was pretty famous. His birthday celebrations had gone on for a whole week as every student wanted to be a part of it.”

About a month ago, Akbar had started online caricature classes. His devotion for the arts can be gauged from the fact that he would visit every art exhibition in Karachi. He had wanted his wife to exhibit her work. He had been planning that they should exhibit their work together. “He wasn’t well, but he took me to an art material shop and persuaded me to buy materials that I needed to start painting. I repeatedly told him that there would be time for that but he told me to get everything that day and start working after Eid. He was very persuasive.”

“I took the breakfast in his room and he told me that he had spoken to over a hundred people and touched them through messages and calls. I laughed like I always dis because I thought he was joking, again. He then told me that he needed to get up from the bed at any cost because he wished to do a lot for us. The last names he called out were of his daughters Anaya and Zaina. His hands were on the shoulder of his son Subhan, when he passed away,” she said.

“For several days, I could not function. I couldn’t feel hot or cold, hungry or thirsty. Allah has taken away such a source of strength from us. I have faith in Him. He must have something big in store for us to sooth the pain that is growing in our chests.”

The writer is an art, culture and entertainment journalist from Karachi, she can be reached at mmaheenaaziz @outlook.com