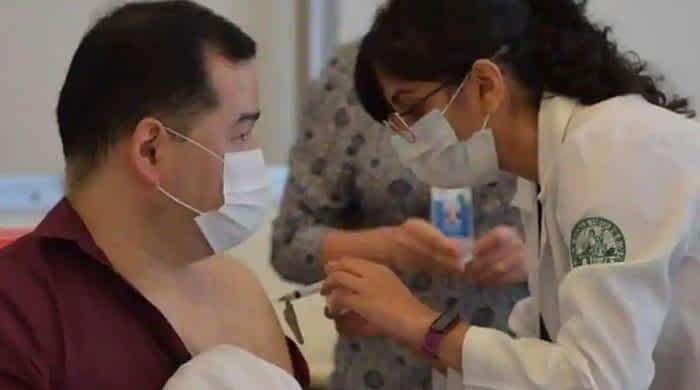 RIO DE JANEIRO: Brazil has detected its first six cases of the so-called Indian variant of the Covid-19 virus, in crew members who arrived aboard a Hong Kong-flagged cargo ship, officials said Thursday.

Tests “identified the B.1.617.2 variant of the Covid-19 virus in samples taken from crew of the MV Shandong Da Zhi,” which arrived from South Africa, the health ministry for the northeastern state of Maranhao said in a statement.

“In all, 15 crew members tested positive for Covid-19 and nine negative. Of the six samples with the highest viral load sent for genetic sequencing, all came back positive for B.1.617.2.”

The 360-meter ore carrier is currently in quarantine, anchored off Brazil´s coast.

Brazilian health officials have instructed the crew to isolate themselves in their cabins.

But three with serious symptoms were taken ashore for treatment.

Two have since returned to the ship, while one is in intensive care in the state capital, Sao Luis, the ministry said.

“At this point, no local transmission of the Indian variant has been identified,” it said.

All health professionals who have had direct or indirect contact with the patients are being tested and monitored, it said.

“We are going to fully trace everyone, around 100 people in all,” state health secretary Carlos Lula told journalists.

“Not everyone had contact with them, but we have to be sure.”

Brazil is already struggling with one of the world´s deadliest outbreaks of Covid-19 — fueled in part, experts say, by the so-called Brazil variant, which emerged around the Amazon rainforest city of Manaus in November and can re-infect people who have had the original strain of the virus.

Like that lineage, the mutation first spotted in India has been dubbed a “variant of concern” by the World Health Organization. Scientists say both may be more dangerous than the original strain.

Since the Indian variant was first reported in October 2020, Covid-19 has battered India, which has now reported nearly 290,000 deaths and more than 25 million infections in all.

The variant has been detected in more than 40 countries.

Only the United States has suffered more deaths and infections in the pandemic than the two countries.

US to donate 500 million Covid shots to low-income countries: Biden

US to lift travel restrictions for fully vaccinated