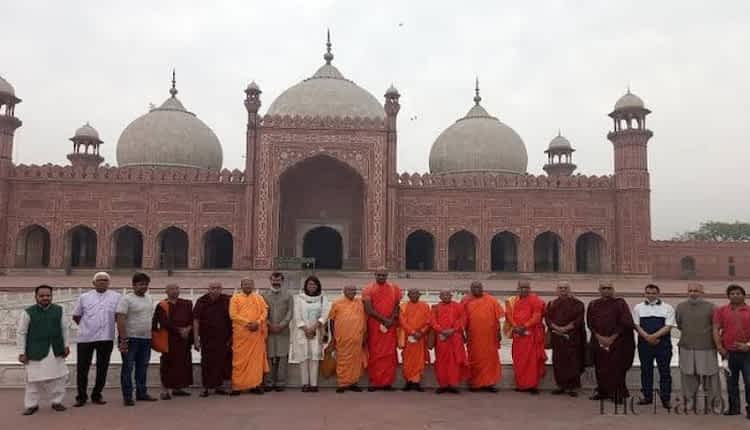 A delegation comprising senior Buddhist monks from Sri Lanka visited the Badshahi Mosque and Lahore Fort in Lahore on Tuesday.

The Buddhist delegation was led by Dr Walpole Piyananda, who is the abbot and president of Dharma Vijaya Buddhist Vihara, USA.

Dr Piyananda said Pakistan has always helped Sri Lanka in the hour of need, including assistance towards counter-terrorism measures.

Every religion has given a message of peace and harmony, he said, hoping the Pakistan government would take further steps to promote religious tourism.

The delegation is in Pakistan on a week-long religious pilgrimage to various Buddhist heritage sites, which has been arranged by the High Commission of Pakistan, Colombo with a view to promote religious tourism in Pakistan.

Pakistan is home to the ancient Buddhist civilization which has remained hidden from the eyes of the world over the years.

The Buddhist delegation will also hold meetings with officials of the Ministry of Religious Affairs and Interfaith Harmony and meet President Dr Arif Alvi, Prime Minister Imran Khan and Foreign Minister Shah Mehmood Qureshi during a visit to Islamabad.