Cases of 949 candidates for school headship to be sent to SPSC to determine eligibility, SHC assured 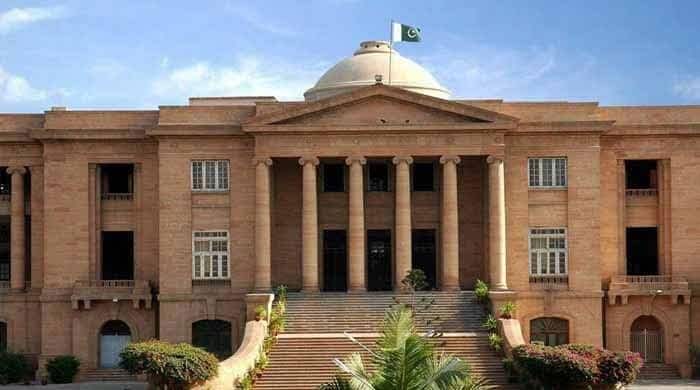 The Sindh High Court (SHC) on Friday disposed of petitions with regard to the regularisation of headmasters and headmistress in the education department as the school education secretary informed the court that working papers of 949 candidates would be sent to Sindh Public Service Commission (SPSC) to determine their eligibility for the purpose of regularisation as per rule and policy.

Filing a compliance report before a division bench of the SHC headed by Justice Mohammad Ali Mazhar, the education secretary submitted that the department had prepared a draft letter addressed to the SPSC secretary to determine the eligibility of petitioners who had sought regularisation of their service as headmasters/headmistresses in the light of a cabinet decision on March 29, 2018.

As many as 643 petitioners had approached the SHC seeking a direction to the education department to initiate the process of regularisation of their service in view of the length of their service.

The high court had on a previous hearing inquired a provincial law officer as to when the cases of the petitioners would be sent to the provincial public service commission for verifying their eligibility. The education secretary submitted that the working papers of 949 candidates would be sent to SPSC to determine their eligibility for the purpose of regularisation.

He submitted that the contract of petitioners, which is going to be expired in June, would also be extended for six months or some further period in case their cases were not decided by the SPSC. He assured the court that the working papers of the petitioners would be sent to the SPSC for onward proceedings.

A counsel of the petitioners expressed satisfaction on the statement of the education secretary and sought disposal of the petition. The education secretary also assured that the cases of 12 headmasters and headmistresses in another petition would be sent to the SPSC along with 937 cases for scrutinising their eligibility so that their services might be regularised if they were found eligible and competent for the said positions.

It is pertinent to mention that the SHC had on May 21, 2018, directed the chief secretary to scrutinise the record of illegal appointments of headmasters and headmistresses and ordered a competent authority to take action against officials concerned for such illegal appointments.

The high court had also found serious discrepancies and flaws in the recruitment process, which was initially scrutinised by the school education secretary and in that report too, such illegalities and discrepancies were admitted.

After US, EU also approves Pfizer vaccine for 12 to 15-year- olds