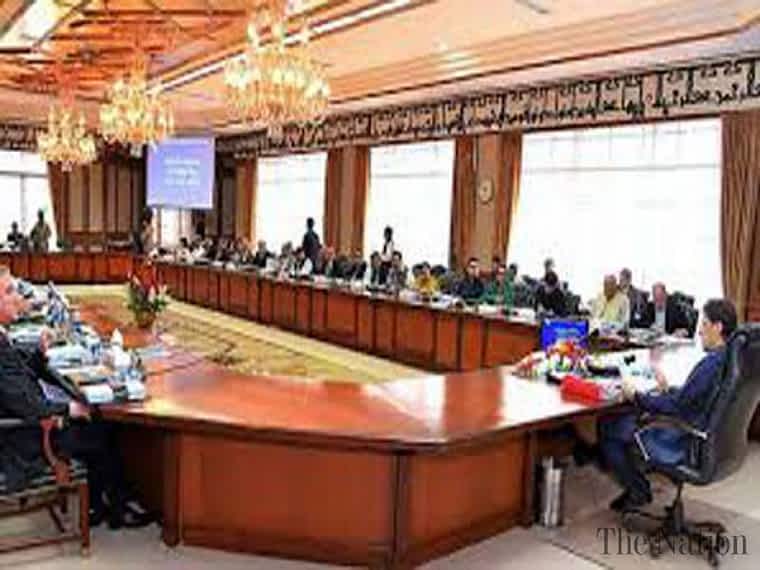 Islamabad-The Council of Common Interest (CCI) will consider the payment of around Rs150 billion Windfall Levy on Crude Oil, Condensate and Natural Gas this week, it is learnt reliably here.

The 43th meeting of the Council of Common Interest (CCI) has been convened here Wednesday, which will consider 17 point agenda including recommendations of Attorney General of Pakistan (AGP) on IRSA act, Amendment in the OGRA Ordinance 2002, Handing over the control of Chasma Right Bank Canal (CRBC) to Punjab, Windfall levy, Royalty on LPG, import of LNG, implementation of Article 158 and 172(3) of the constitution of Pakistan and implementation of Kazi Committee Methodology for calculation of Net Hydle Power Profit, source told The Nation here Sunday.

On Windfall Levy, the source said that as per the provinces calculations the total windfall levy on Crude Oil, Condensate and Natural Gas is above Rs 150 billion. In the 42nd meeting, CCI considered the summary titled ‘Windfall Levy on Crude Oil, Condensate & Natural Gas under Petroleum Policy, 2012’ submitted by Government of Sindh. During the meeting, the Sindh Chief Secretary informed that the CCI in its meeting dated 08.08.2012 had approved the Petroleum Policy 2012 and further decided that ‘the benefit of windfall levy will be shared over and above the base price of $40 per barrel and be distributed among the Federal Government and concerned province on 50:50 basis”. Despite clear decision and enabling provision in Petroleum Policy 2012, no amount has so far been transferred to provinces as straight transfer to date.

Sindh proposed that fifty per cent (50%) share of the receipts collected under the head “windfall levy on crude oil” and “discount retained on crude” being the receipts collected from the same crude oil may be transferred as straight transfer to concerned province, along with past arrears since 2012, on the basis of proportionate production of crude oil from the concerned province.

Governments of Khyber Pakhtunkhwa, Punjab and Balochistan supported the proposal of Government of Sindh. SAPM on Petroleum opposed the proposal on the pretext that under Petroleum Policy 2012, the Government of Sindh can only claim revenue/past arrears with effect from 30 August 2012 under the head of Windfall Levy on Crude Oil/Condensate from the lease, granted or to be granted under Petroleum ‘Concession Agreements that falls In the preview of Petroleum (E&P) Policy 2012, Moreover, the Discount and Windfall Levy on Crude Oil/Condensate being collected and retained from the leases granted prior to the promulgation of Petroleum (E&P) Policy 2012 have no provision for the sharing of revenue In their respective Petroleum Policies and therefore cannot be shared. Finance Division also endorsed the view point of Petroleum Division.

The CCI decided that Petroleum Division would consult Finance Division to reconcile all claims falling after 30 August 2012, related to the provinces and covered by Petroleum Policy 2012, under the head of Windfall levy on Crude Oil /Condensate and Natural Gas, and would come up with payment plan in next CCI meeting.

Regarding amendment in OGRA act, the CCI in 42nd meeting had directed the Petroleum Division to explore the possibility of provincial representation in OGRA and after consultation with provinces shall inform the forum in the next meeting. Taking a united stance on the restructuring plan of the Oil and Gas Regulatory Authority (OGRA), the provinces are supporting the proposal for the provincial representation in the regulator is at par with Article 172 (3) of constitution of Pakistan and requested the Council of Common Interest (CCI) to approve the same.

Similarly CCI will also consider the Attorney General recommendations on IRSA act. The CCI in its meeting held on August 6 2020, had directed the government to reconstitute the committee under Attorney General for Pakistan which would have equal number of representatives from all provinces and make recommendations concerning the Water Accord, 1991.