Centre, Sindh issued with notices on petition against quota system 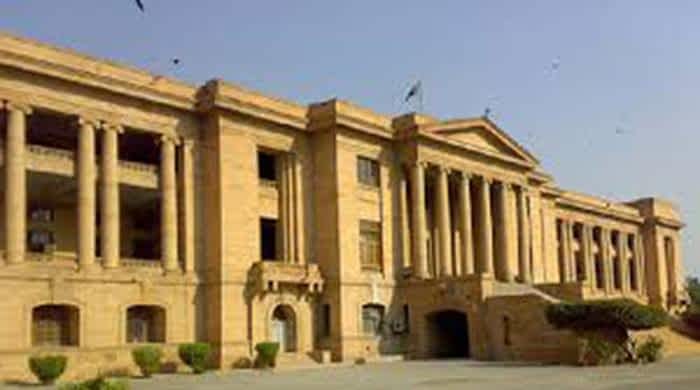 The Sindh High Court (SHC) has issued notices to the federal and provincial governments as well as the attorney generals of Pakistan and the province on a petition seeking the abolition of the quota system in the country.

Pasban Democratic Party Chairman Altaf Shakoor said in his petition that the period prescribed in the first proviso of Article 27(1) of the country’s constitution for reserving posts for persons belonging to a class or area to secure their adequate representation in service of Pakistan had expired long ago but it was still being applied to such applicants.

The petitioner said that such a restriction was discriminatory and contrary to the fundamental rights guaranteed by the constitution to the citizens of the country for joining service of Pakistan.

He said the quota system was practically dead and buried after expiring in 2013 because the constitutional cover is no more available to it, so in the absence of extending the period, implementing the quota regime had already become unlawful.

He also said the quota system was still illegally and unlawfully applicable to specific areas, including the determining of the share of various areas in making appointments in the bureaucracy through the competitive examinations. He claimed that successive governments had tried their best to continue the expired quota system on various pretexts.

Shakoor said that in 1999 the Pakistan Muslim League-Nawaz government had extended the quota system, adding that in 2017 it had revised the system and agreed that the quota issue should be taken to the Council of Common Interests so that all four provinces could get equal representation while a debate should also be held on it in parliament.

He said the federal and provincial governments had killed merit by continuing to enforce an unjust system and had hurt merit-based induction in the CSS (Central Superior Services).

He said that according to the quota system, the ratio of the provinces in government jobs was as follows: Punjab 50 per cent, Khyber Pakhtunkhwa 11.5 per cent, Sindh 11.4 per cent, Balochistan six per cent, the Federally Administered Tribal Areas and Gilgit-Baltistan four per cent, and Azad Jammu & Kashmir two per cent.

He also said the quota system distribution showed that one could not apply in any other province, which was mala fide (in bad faith) and unconstitutional, and exposed mens rea (criminal intent) as regards the educated young generation of urban Sindh, especially Karachi, because the policy deprived the city’s youth of bureaucratic seats as well as of service in the federation and in the province.

The petitioner said that advertisements for jobs in the Karachi Port Trust, which is situated in Karachi, clearly invited applications from the entire Pakistan, excluding Karachi, which was a unique example of inequality and deprivation because first priority was always supposed to be given to the locals first and priority should be given to the locals. The situation is the same when it comes to the Pakistan Navy, he added.

He said the quota system was the root cause of racism in the country, resulting in widespread economic disparity and hatred among the people. The outcome is that 90 per cent of the country’s bureaucrats are recruited through lowering the selection criteria, thus depriving intelligent and eligible Pakistanis from serving the nation, resulting in inefficiency, corruption and racism as well as destruction of the country, he added.

He also said the quota system had resulted in the collapse of the country in the economic zone, adding that debts had been increased, thus putting the country on the grey list, while it was heading towards the black list due to the inefficiency of the bureaucracy of the federation and the province.

Shakoor said the quota system had caused irreparable damage to the whole nation, the economy of the country and the entire public, adding that the country ranked the lowest when compared to others in economy, education, health, science, development, etc.

He requested the court to declare the quota system illegal because it had expired, and to direct the federal and provincial governments to cancel all appointments made on quota after 2013 and to fill the vacant slots again on the basis of merit through open competition.

After the preliminary hearing of the petition, the SHC’s division bench headed by Justice Nadeem Akhtar issued notices to the attorney generals of Pakistan and Sindh with the direction to file comments by January 18.

Gov leaves the room for Nawaz’s return as passport expires