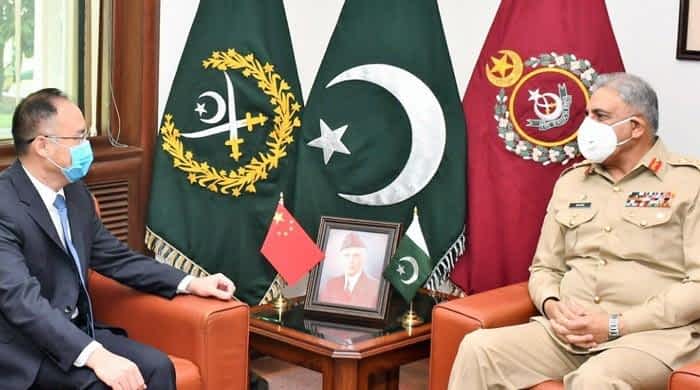 China’s ambassador to Pakistan Nong Rong calls on Chief of the Army Staff General Qamar Javed Bajwa at the General Headquarters in Rawalpindi, on November 09, 2020. — Twitter/ISPR

They discussed matters of mutual interest including regional security, as stated in an official  tweet by  DG ISPR.

Both noted the exceptional relations between Pakistan and China and expressed determination to strengthen further their friendship.

The ambassador acknowledged and appreciated Pakistan’s contribution towards prevention of conflicts in the region.

Samuel L. Jackson pays tribute to late Chadwick Boseman: 'He gave kids a hero that they could aspire to'