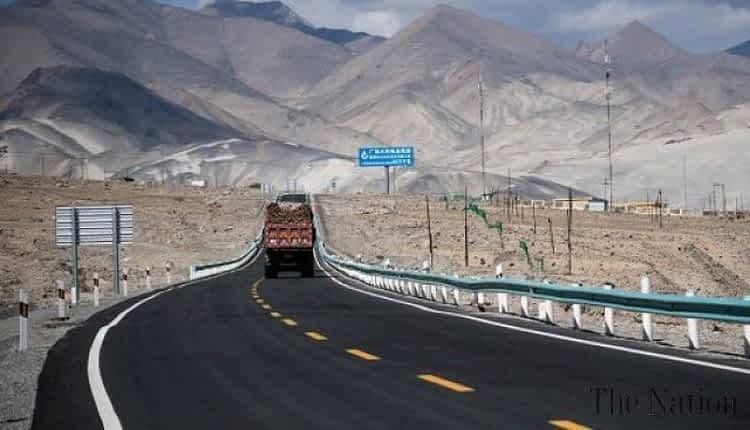 The China Road and Bridge Corporation (CRBC) would carry out the marketing campaign for the Rashakai Special Economic Zone under China Pakistan Economic Corridor (CPEC) expressing interest to work with the Board of Investment in this regard.

In a meeting with Minister for Planning Development and Special Initiatives Asad Umar here on Friday, the CRBC Vice President Sun Yaoguo along with a delegation said that external marketing of the SEZ to local and foreign investors was crucial for its full operationalization.

The meeting reviewed the Rashakai Special Economic Zone (SEZ) and CRBC’s mega-project Karachi Coastal Comprehensive Development Zone. The vice president of CRBC stated that the development work of Rashakai SEZ was being carried out at a fast pace and to that end the necessary resources had already been mobilized.

He assured the minister that the timelines for the projects would be strictly observed. The minister said that the industrial cooperation was the need of CPEC and the government was keen to see early completion of the project and the ministry of energy had already expedited the work on supply of electricity and gas to the SEZ.

He said that BOI would fully cooperate with CRBC for effective marketing of the SEZ. Asad Umar said that it was the first time in Pakistan that the foreign developer would be marketing an Industrial zone. He hoped that CRBC would be able to attract substantial investment in the SEZ from Chinese investors.

During the meeting Mr. Sun also briefed about CRBC’s mega project Karachi Costal Comprehensive Development Zone in collaboration with the Ministry of Maritime Affairs and the government of Sindh.

He said that the project would add substantially to the city’s economy landscape and would be generating employment opportunity for a very large number of populations of the city.

The minister said that the Karachi Costal Development Project was an important project and the federal cabinet had approved the signing of a Memorandum of Understanding (MoU).

It will give a boost to the business and technology sectors and provide employment opportunities to the people.

Nazia Hassan being remembered on her 56th birthday