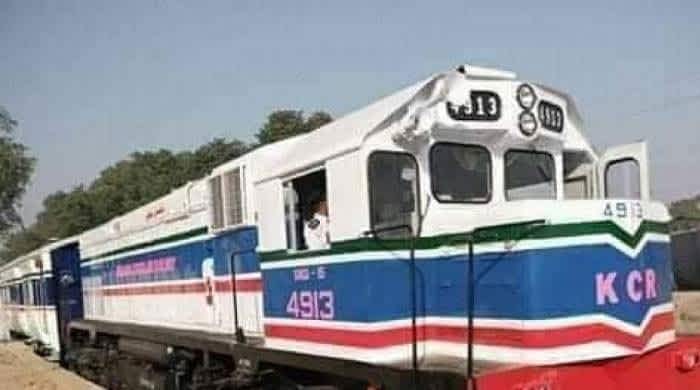 Chinese government authorities have assured the Sindh government that they would pursue the Karachi Circular Railway (KCR), Keti Bandar and other projects to officially include them in the list of CPEC-related projects.

This emerged on Tuesday in a meeting between Chief Minister Syed Murad Ali Shah and a high-powered Chinese government delegation led by Chinese Ambassador in Pakistan Nong Rong.

The chief minister told the delegation that on a request of his government, the KCR was included in the CPEC on December 3, 2016. The project was approved and included on the agenda of the 6th meeting of the Joint Coordination Committee (JCC), he said, adding that the project was approved by Ecnec at a cost of $1.97 billion in October 2017.

Shah said the KCR had been part of all JCC’s sessions as in all these meetings it was termed a feasible and viable project, but there were major obstacles that needed to be removed. He added that these obstacles included a sovereign guarantee by the Finance Division, a concessional finance request to the Chinese government by the federal government, right of way for the KCR at the common corridor between ML-1 and the KCR.

The CM said he had been requesting the federal government to resolve these issues, but the problems were still unaddressed. “In the 9th JCC meeting, the KCR was again discussed and it was resolved that Pakistan’s side will submit the financing request to the Chinese side,” he said and added but it had not been submitted yet.

He noted that the federal government had included two projects in the PSDP-2020-21. They were Rs1.85 billion organisation of train service on the existing KCR alignment and the revival of KCR Phase-II for Rs8.7 billion. He added that he had included three projects in the provincial ADP 2020-21. They are revival of the KCR (CPEC framework) for Rs207.5 billion, construction of the boundary fencing along the KCR alignment for Rs2.3 billion and the construction of underpasses/flyovers on railway crossings along the KCR route for Rs5 billion, and the FWO has been engaged to do the construction work in this regard.

The visiting high-power delegation assured the chief minister that they would take up the KCR projects in the next CPEC-related meeting.

Shah said Keti Bandar was located about 107km from the Thatta city and 150km from Karachi via Gharo, which was very promising in terms of future prospects.

He added that the Keti Bandar project was an important part of the Sindh government strategy towards developing the energy sector.

The chief minister said 4,000 acres of land had been identified for the project and a feasibility study had been completed for the installation of a 1,320MW power plant along with a railway line, a coal jetty and allied infrastructure. He added that the financial viability assessment and bid management report had also been completed and the transaction advice report was being awaited.

He pointed out that the project had been a part of CPEC framework since 2017. Earlier, the project was referred to the Joint Working Group for consideration. “After the completion of the studies, the project is now ready to be taken up in the main framework,” he said.

The other projects which came under discussion include Thar coal energy, infrastructure, Special Economic Zone, Dhabeji, KCR, socio-economic development projects. The Chinese delegation said their first CPEC project of 660MW Thar Coal power plants was functioning successfully, and on this pattern all CPEC-related projects would be completed on a fast-track basis.