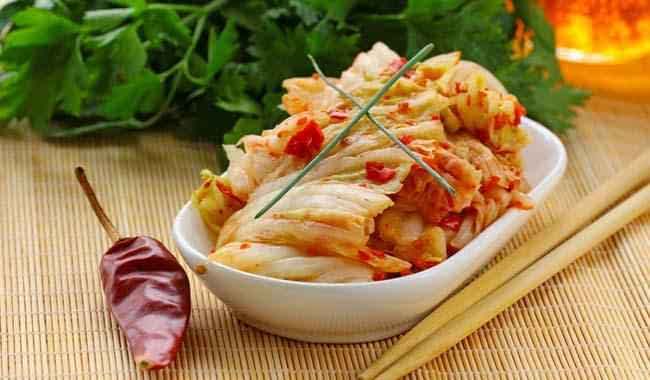 Kimchi is a staple Korean dish that involves fermentation of cabbage and pickling it. Despite of its Korean roots, the dish is imported by Korean restaurants from China.

“Almost every woman of Chaoxian ethnicity knows how to make kimchi,” says restaurant owner Piao Lina. “It’s a family tradition. Around this time of the year, the whole family gathers and makes kimchi together.”

But this tradition has resolved over the years as large scale production of kimchi is on the rise.

Kimchi is a staple dish with a very extensive preparation process.

Cabbages are cut in halves and coated with salt for 16 hours, before being rinsed off. A secret sauce is prepared involving several Chinese spices and is rubbed onto the cabbage with bare hands. The cabbage is then left to ferment for 10 days.

The popularity of Chinese Kimchi in Korean restaurants is attributed to strict Chinese regulations on bacteria inspection and use of additives.