Chris Gayle struggles to put drawstring in a shalwar during challenge 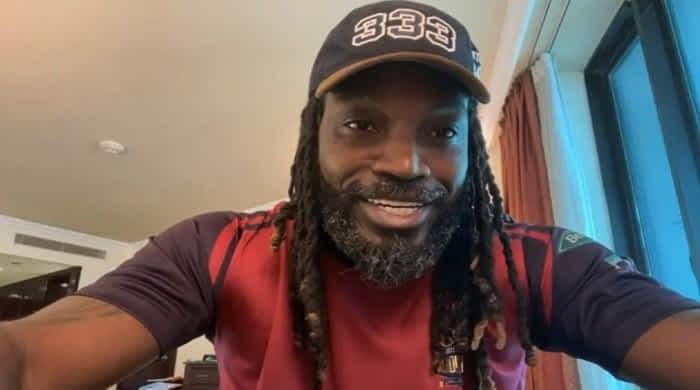 Chris Gayle on Thursday accepted the hilarious ‘Shalwar Challenge’ which required him to put a drawstring in the seam of a shalwar’s waistband.

In a video uploaded by Pakistan Super  League  (PSL) on its official Twitter account, the Universe Boss was asked to put a drawstring in the shalwar as quickly as possible.

“What?? Whose waist is this,” the player asks upon seeing the shalwar’s waistband, as reported by Geo.tv.

As he starts putting drawstring in the shalwar, he continues to express his shock at the width of its waistband.

“This person eats too much!! I don’t know what this person has been eating,” the cricketer said. “[Is this] extra large? It’s gotta be a joke.”

He goes on to say that the person for whom the shalwar was stiched should “stay away from meat,” and “he should be a proper vegan.”

At the end of the video, Chris Gayle wears the shalwar, without pulling the drawstring, and bursts into laughter.

The clip also shows some funny bloopers wherein the 41-year-old cricketer could be seeing struggling to wear the shalwar and getting help from other people.

After coronavirus hit, China’s exports fly to highest in decades