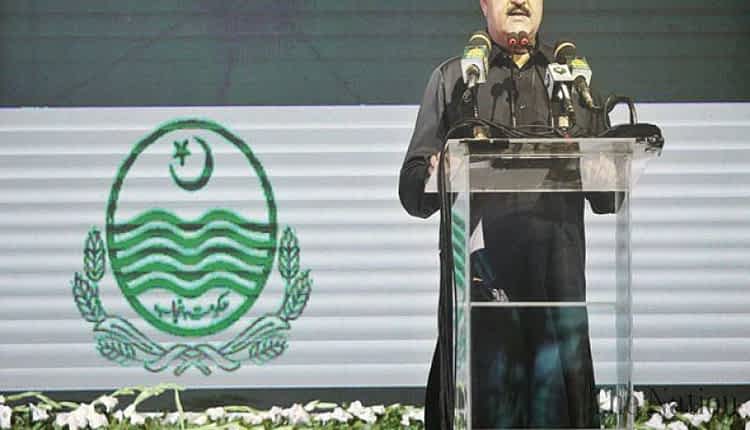 LAHORE  – Punjab Chief Minister Sardar Usman Buzdar has approved the construction of emergency towers at Services and Jinnah hospitals to provide the latest facilities to the patients.

While chairing a meeting at his office, which was attended by Health Minister Dr Yasmin Rashid, Health Secretary, CEO IDAP and others, the CM directed to take steps for completion of both the projects in a minimum period. The meeting also dilated on the proposal of building a cancer hospital in Taunsa. The CM termed the universal health coverage program an inventive initiative to provide free quality healthcare facilities for all. The past government neglected far-forth areas while the PTI-led government was providing the best medical facilities to the people at their doorsteps, he asserted and directed to expedite work on mother and child hospitals.

While issuing directions for the solution of constituency-related problems, the CM recapitulated that his doors were open to people and the parliamentarians. The policy of ensuring composite development will pave the way for balanced development in the province, he said and added that parliamentarians were fully consulted to devise district development packages.

The era of exhibitory projects and hollow slogans is all but over, the CM continued and further stated that the past rulers, who did nothing but give lip service to issues, had become a part of history. The incumbent government engaged in work during the last three years, he continued. Similarly, the politics of revenge is not the agenda of the PTI government as it does not believe in it.

The government has worked in accordance with the principles of justice, law and merit to diligently serve the masses, he repeated.  The parliamentarians appreciated the policy of composite development as it will remove deprivations.

Punjab Chief Minister Sardar Usman Buzdar has said Islam has stressed upon the human beings to seek knowledge while terming it a lost legacy of the faithful adding that promotion of education is a manifesto of the PTI.

He said the government was striving to educate every child and SED was working to ensure equitable access to quality education by every child and historic steps were taken in this regard. He said Punjab school education policy 2020 had also been introduced. The CM said Punjab was the leading province to introduce an e-transfer policy for the education department and more than 86000 teachers had benefited from it.

“E-retirement, e-promotion, e-pension and e-leave facilities are also available, and teachers do not need any connection in this regard. More than 31000 STIs will be recruited in different phases to overcome teachers’ shortage in government schools and recruitment of more than 33000 educators will also be started soon in different categories. Recruitment rules have been relaxed to overcome teachers’ shortage in 10 backward districts and locals are being recruited under hardship policy,” he said while elaborating government’s measure taken for promotion of education in the province.

The CM said work on 600 projects was in motion to restore dilapidated school buildings. Similarly, necessary facilities were being provided in schools under a programme aimed at ensuring missing facilities for the students. More than 2000 classrooms have been built with assistance from DFID and 1000 science and IT labs’ restoration projects have also been completed, he said.

He further said that 400 school libraries were provided in 17 districts and 110 model schools were near completion in 11 districts. The government had also converted more than 11000 schools to solar energy which mostly function in backward areas of South Punjab, he said.

The CM said elementary afternoon classes had been started in 577 primary schools to educate 22000 students under the Insaf Afternoon Programme. He pointed out that parents were given relief by reducing fees of private schools in the corona and online recorded live lectures and courses facility would also be provided under Insaf Academy.

Meanwhile, 23000 students of 100 different schools were being provided quality food in collaboration with an NGO in Lahore while a programme was under consideration to provide a balanced diet to destitute children of 12 backward districts. He said one million children had been enrolled in a 6 months under-enrollment campaign besides giving attention to teaching and training of transgenders. The maiden transgender school has been established in Multan and the school-based assessment system has been introduced in public schools by abolishing the traditional examination of primary and eighth classes, he added. The Danish schools system is being improved and incomplete projects of boys and girls Danish schools in Tibba Sultanpur Vehari and centre of excellence in Nankana Sahib have been made functional. Similarly, the centre of excellence in Chakwal and Danish schools in Tandlianwala, Taunsa and Mankeera will also be completed soon. The government will continue to take steps for the promotion of education, concluded the CM.