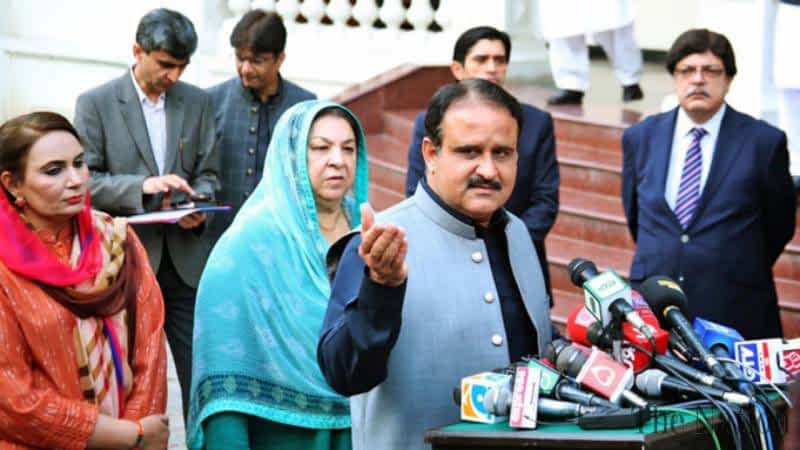 He issued these directions while presiding over a meeting at his office on Monday. Law Minister Raja Basharat, Labour Minister Ansar Majeed Niazi, secretary labour and others attended the meeting.

The CM allowed necessary amendments in the relevant rules adding that labour workers will also be given insaf sehat cards. He gave in-principle approval to scrap factories’ inspection and directed the labour department to submit recommendations for the introduction of inspector- less regime as well as the self-assessment scheme. The meeting also decided to issue an ordinance concerning the companies profits (workers participation) amendment bill. The future appointments of labour inspectors will be performance-based and the rights of the labourers will be ensured while promoting the best relationship between an employer and employees, concluded the chief minister.

This was decided in a meeting of the cabinet committee for the eradication of corona at CM Office under the CM Usman Buzdar on Monday. Secretary Primary and Secondary Health briefed about the current corona situation.

The CM directed that the government labs should provide corona tests’ results in the minimum time and warned that no compromise will be made on the quality of tests. A time-frame of the corona test’s result should be fixed in labs, he directed. An average 16000 tests are conducted in the province and the capacity would be increased as up to 25000 tests could be conducted daily. The meeting also gave in-principle approval to give honoraria to corona labs’ staff.

The CM directed the DIG traffic to allow trucks’ entry into the city in the morning for timely provision of oxygen cylinders to the hospitals. He also directed to strictly implement corona SOPs in revenue khidmat open courts as corona ratio is around 5 per cent in Punjab. The smart lockdown has been imposed in 2016 affected areas while restricting the movement of 131000 inhabitants, he added.

The meeting gave in-principle approval to extend the employment of the consultant recruited during the first corona attack and the CM asserted that every step will be taken to overcome the second wave. He regretted the number of corona patients has increased due to non-wearing of facemasks and emphasized that this restriction will be strictly implemented in markets. Public safety is the supreme and necessary decision will be taken to ensure the safety of the citizens, he added.

CM ASKS PARENTS TO ADMINISTER ANTI-POLIO DROPS TO THEIR CHILDREN

Chief Minister Punjab Sardar Usman Buzdar has appealed to the parents, at the start of the 5-day anti-polio campaign, to get their children to administer the anti-polio vaccine. Usman Buzdar said that polio is a fatal disease and protection of the children is an obligation as well as a responsibility. The CM said that he will personally monitor the anti-polio campaign and directions have been issued to the concerned officers to run this campaign effectively. Security of polio workers will also be ensured, he added. Usman Buzdar said that effective measures have been taken for the success of the anti-polio campaign and maintained that instructions have been issued for the effective monitoring of the anti-polio teams. No negligence will be tolerated in this regard, he warned and vowed to win the battle against polio at every cost. This disease would be eradicated with joint efforts. It is our national issue and we will have to put joint efforts to cope with this menace. Making Punjab polio-free province is our mission, he concluded.

Chief Minister Punjab Sardar Usman Buzdar has expressed a deep sense of sorrow and grief over the loss of precious human lives in a traffic accident near Sheikhupura. The CM extended heartfelt sympathies to the bereaved family. He also sought a report about the accident and directed the administration, as well as the elected representatives, to provide and monitor the best medical facilities being provided to the injured.

Chief Minister Punjab Sardar Usman Buzdar has expressed a deep sense of sorrow and grief over the sad demise of former speaker national assembly and legal expert Sahibzada Farooq Ali Khan. The CM extended heartfelt sympathies and condolence to the bereaved family and said that Sahibzada Farooq Ali Khan was a symbol of high moral values in politics and his services will long be remembered. The CM prayed that may Allah Almighty rest the departed soul in eternal peace and grant courage and strength to the family to bear this loss with fortitude.