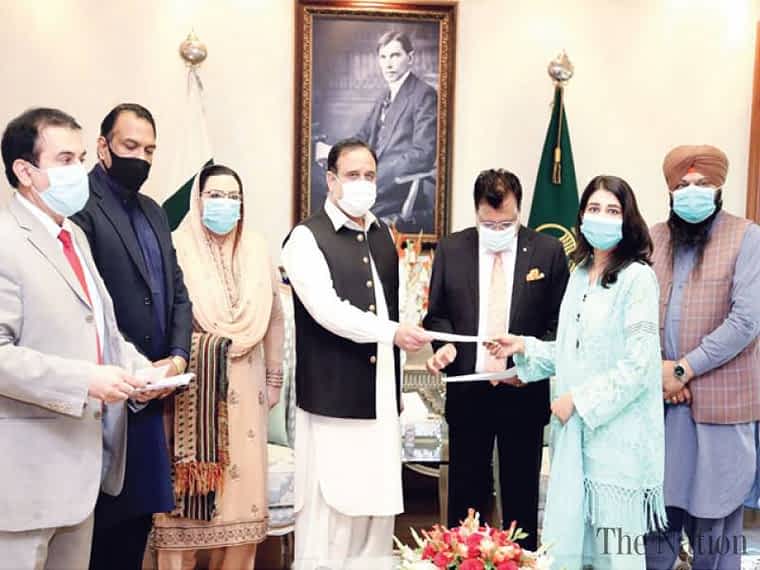 The CM said the Punjab government is providing 100 per cent scholarships to students of minority communities from Matric to Ph.D. in government institutions. Similarly, 2 per cent quota is also allocated in higher education institutions along with 5 percent job quota, he added.  0wOn the other side, Rs50 million are allocated for educational scholarship scheme for non-Muslim students and Rs2.5 crore are given through PEEF, while the remaining amount is provided through the concerned department as stipends.

The CM further stated 50 per cent scholarship is earmarked for Central Punjab, 35 per cent for Southern Punjab and share of Northern Punjab students is 15 per cent. Non-Muslim students are given scholarships ranging from Rs 15000 to 50 thousand from Matric to higher studies.

The CM said 714 students, including 157 from Lahore, have been given scholarships on merit during the current financial year. This includes 32 students enrolled in professional educational institutions.

The CM further said Rs50 crore are being spent on the development of localities where non-Muslims are residing and another amount of Rs6 crore is provided every year for the festivals of every minority community.

The government is committed to providing equal opportunities for development and prosperity to the minority communities, he added.

Provincial Minister Ijaz Alam thanked the Punjab government for providing scholarships to students of minority communities adding that such students have brought laurels home in the education sector.

The PTI government will continue to provide different facilities to the minority community students, he added.