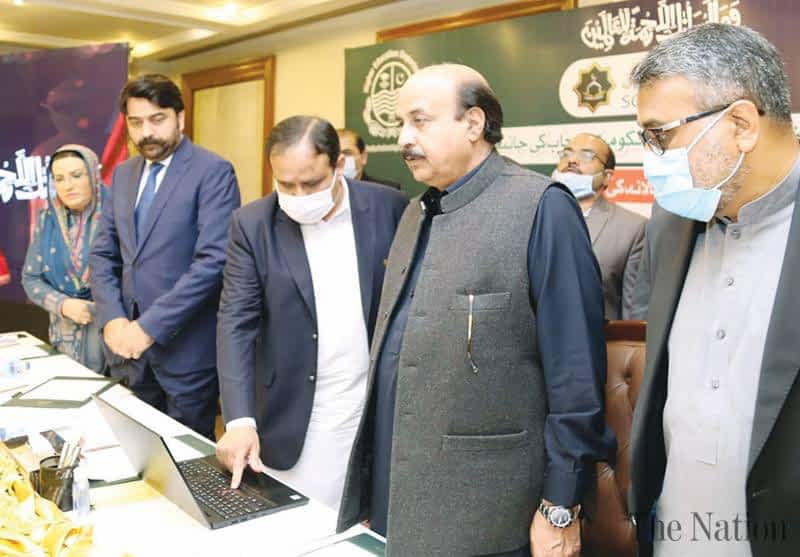 The CM announced that the scope of this scholarship will be expanded to other professional degrees as 50 percents scholarships will be given on merit while the rest of the amount will be earmarked for needy and deserving students.

He said online verification had been arranged to ensure transparency and candidates could apply through their mobile while the higher education portal had been launched in collaboration with PITB.  Usman Buzdar further stated that scholarships will be provided through banks and the scholarship fund will be enhanced every year and it was designed to give this scholarship through this mobile application. Students from government colleges and 30 public sector universities will benefit from this scholarship and students passing their intermediate will be given scholarships along with tuition fee, he added.  The CM said that the quota of Grade 1 to 4 employees of the Punjab government had also been fixed.

The CM announced that the Rehmatul Lil Alameen (PBUH) Chair will also be established in every district’s university along with the provision of Ph.D. scholarships to highlight different aspects of the most blessed and revered personality and character of Holy Prophet Muhammad (PBUH). “It is deplorable that Muslims are, often, disheartened in some countries in the garb of freedom of expression.  Faithfuls from around the world have strongly condemned such elements and deemed it fit to give a befitting reply. We have decided to officially celebrate Shan-e-Rehmatul Lil Alameen (PBUH) Week every year in the month of Rabi ul Awwal.

A number of ceremonies were held and I also announced the Rehmatul Lil Alameen (PBUH) Scholarship Programme”, he said.  He went on to say: “Holy Prophet Muhammad (PBUH) always stressed learning knowledge and the same has been emphasised in the Holy Quran”.  He said every effort must be made to quench the thirst for knowledge as the countries following a culture of knowledge and research are known in the world. “It is deplorable that Muslims countries fall below the list of developed countries. In line with the directions of the Holy Prophet Muhammad (PBUH), promotion of knowledge has been prioritised and not only scholarships are provided but 9 universities, numerous colleges and hundreds of schools are built and upgraded”, he said.  He viewed that the world history was unable to present another example of the City State of Madina, where equality, justice and accountability principles benefitted every citizen.

Following this principle, he added, shelter homes and almonries were established to facilitate the needy. This model is being followed from Attock to Rajanpur and Punjab has the honour to take lead in this regard, he said.