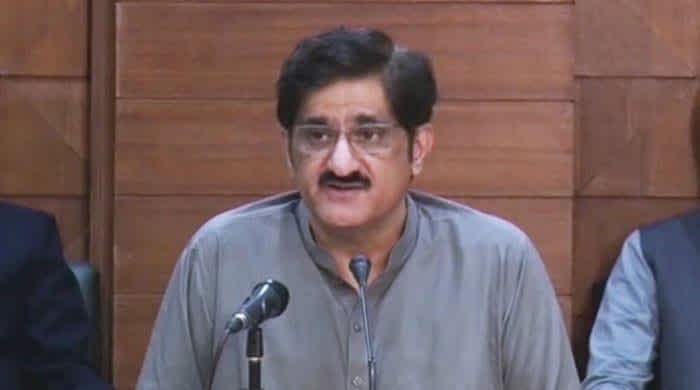 Sindh Chief Minister Syed Murad Ali Shah has asked the World Bank (WB) to allow the provincial government to utilise $11 million saved from various WB-assisted projects for the installation of an oxygen plant and procurement of other Covid-related equipment in the province.

He made this request in a meeting on Friday with a WB delegation led by its country director for Pakistan, Najy Benhassine. The CM informed the donor agency’s delegation that the Covid-19 pandemic was a serious issue, and hence preparations for proper healthcare services should be accordingly made.

“We have established a separate hospital, Institute of Infectious Diseases, in Karachi and have decided to establish similar facilities at all divisional headquarters,” he said. He discussed with the delegation the need for establishing an oxygen plant in Sindh so that uninterrupted oxygen supply to the healthcare facilities could be ensured.

“Due to different waves and variants of coronavirus, requirement of oxygen has increased manifold. Therefore, we plan to install an oxygen plant to cater to the needs of the Covid-19 patients,” Shah stated.

He said there were only 668 ventilators in the government hospitals of Sindh and due to the Covid emergency, the provincial government had planned to procure at least 500 more ventilators.

He informed the WB delegation that the provincial government had saved around $11 million from different WB-funded projects. “If these funds are re-appropriated for

establishment of an oxygen plant and procurement of Covid-related equipment and gadgets, this money would be of much help,” the CM said.

Benhassine said the WB had been providing support during the Covid-19 emergency. He remarked that the request of the Sindh government was legitimate and would be duly considered by the donor agency.

The meeting also discussed the Sindh Barrage Improvement Project, a scheme launched to rehabilitate and modernise the Sukkur Barrage with the WB’s assistance.

Shah said there were five components of the project, including replacement of six gates of the barrage and associated works, for which work was awarded to the Karachi Shipyard & Engineering Works Ltd in 2019 for Rs16.7 billion.

Briefing the delegation on the progress of the project, the CM said that 66 per cent physical and 64 per cent financial progress had been achieved so far, and two gates of the main barrage and hoisting system had been installed and commissioned, while the installation of one gate was under way, and the remaining three gates would be installed by September.

The scope of the project includes repair works, embankment and surface protection, monitoring, electrical and mechanical works and installation of communication systems. The second component of the project’s estimated cost is around Rs15,675 million. The CM said its prequalification documents were opened in January this year and work would be awarded in October.