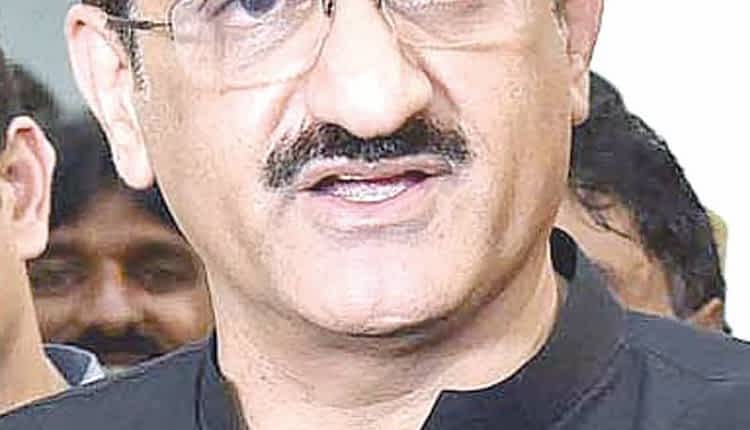 KARACHI   –  Sindh Chief Minister (CM) Syed Murad Ali Shah said on Tuesday that the province which contributes 70 percent of Pakistan’s revenue is rewarded by being pittance when compared to the schemes offered to other provinces.

This he said while addressing a press conference at CM House. He was accompanied by his Senior Advisor Nisar Khuhro and Information Minister Nasir Shah. He said that the National Economic Council (NEC) was a 13-member constitutional body that had eight from the provinces and five from the federal government, including Chairman–the Prime Minister.

The CM talking about the functions of the NEC said, “It includes to review the overall economic condition of the country and advise the federal and the provincial governments to formulate plans in respect of financial, commercial, social and economic policies–the NEC has to ensure balanced development and regional equity. “Ever since, the PTI government has come into power (in the center), it has been treating Sindh with abject bias and discrimination,” Shah said and added that in 2017-18, there were 27 schemes in the PSDP with an allocation of Rs27.38 billion.

Talking about National Highway Authority (NHA) schemes, the chief minister pointed out a glaring injustice with people of Sindh. He said that it has launched 22 schemes for Punjab with an estimated cost of Rs824.55 billion against which an allocation of Rs32.151 billion had been proposed for 2021-22, whereas, he said, the NHA had only two schemes of Rs46.79 billion for Sindh against which Rs7.1 billion had been proposed for 2021-22.

The Finance Division executes its schemes through respective provincial governments, he said and added that for the next financial years, 2021-22 the Finance Division has given 14 schemes of RS86.6 billion to Punjab against which Rs15.06 allocation has been proposed for 2021-22. The Sindh government has been given only two schemes of Rs4.8 billion with a proposed allocation of Rs1.5 billion for 2021-22.

In Sindh the schemes assigned to them were those which were previously reflected in the PSDP 2020-21, he said and added that in previous NEC meetings he had raised objections to these Union Council based schemes launched in Sindh under federal PSDP. He said that the federal government had committed to complete these schemes within a year and had an allocation of Rs9.9 billion in 2020-21.

In Sindh, they have been given a large allocation to execute projects through Sindh Infrastructure Development Company Limited, he said and added last year these projects were shown under the Cabinet Division. He said that he had objected to the ‘East India Company’ intervention in Sindh last year. He recalled that the unplanned execution of the Green Line Project played havoc during the heavy rains last year.