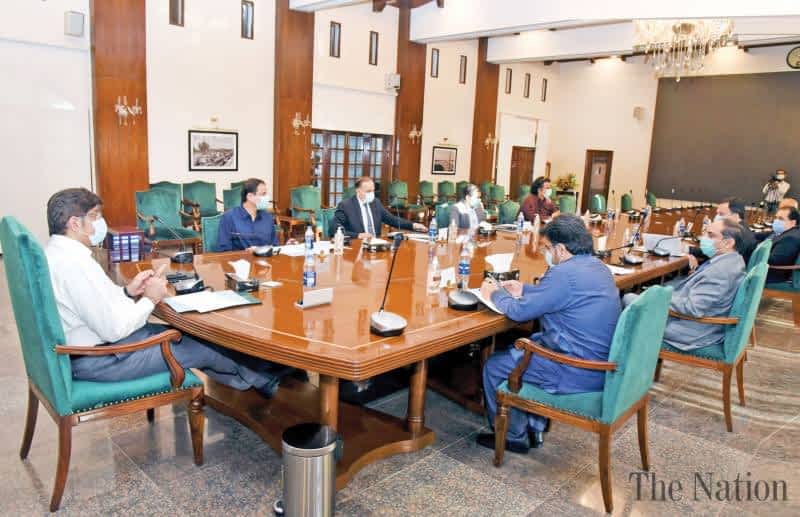 The CM was told that the scheme rehabilitation of 12 roads surrounding Lee Market, Lyari had been launched for Rs649.210 million. Out of 12 roads eight roads have almost been completed, while the remaining road progress was 85 percent.

The meeting was told that reconstruction of 8000 Road from Jam Sadiq bridge to Dawood Chowrangi had been launched at the cost of Rs1.289 billion, which had been completed by 90 percent. The remaining funds of the Lee Market road and 8000 Road amounting to Rs454.96 million were yet to be released. The chief minister directed secretary finance to release the funds by Friday and directed PD Khalid Masroor to complete the work by January 2020 and report him for their inauguration.

The CM was told that three new priority schemes of Rs909.923 million had been launched. These schemes include reconstruction of roads from Ghani Chowrangi Rasheedabad and from Habib Metro to Police Station, SITE for Rs282.743 million and its progress was 10 percent. The funds for the scheme have not been released so far. Reconstruction of main track from Ghani Chowarngi to Hub River via Get College launched for Rs201.808 million and also a 10 percent progress. The funds for the scheme are yet to be released.

Reconstruction of storm water drain, including dua carriage way from Ahsanabad Police Station Chowk to Maymar Road launched for Rs425.372 million has 25 percent progress. Release of the funds for the scheme are awaited.

The CM said that the amount of these three schemes came to Rs909.923 million and directed the finance department to release 50 percent of the amount, Rs454.9615 million, and when their utilisation report was submitted, the remaining 50 percent amount might be released.

He directed PD Karachi package to complete these schemes by the end of financial year. Discussing another Rs995.03 million scheme of reconstruction of road from Gulbai to Y-junction, including storm water drain, the CM directed PD Karachi package to construct all the Hawksbay Roads simultaneously so that the area could be opened up for the tourists.

Syed Murad Ali Shah directed Sindh Minister for Local Government Nasir Shah to keep visiting the on-going work so that they could be completed within stipulated time.

WHO believes 10pc of world has had Covid-19

India steps up clampdown on US social media giants