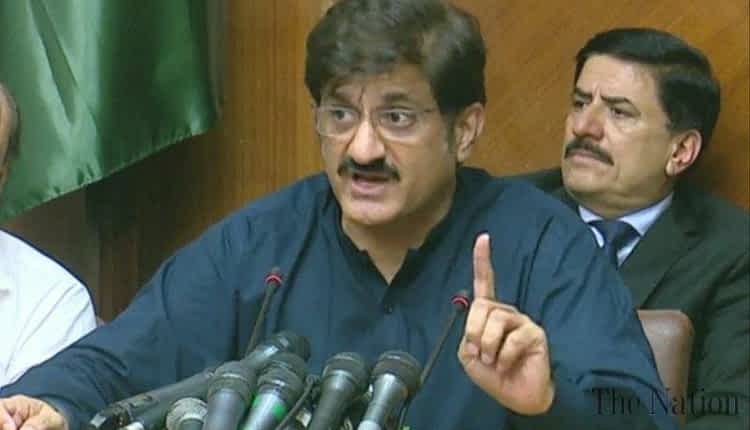 Chief Minister Sindh Syed Murad Ali Shah has directed the authorities in Karachi to impose a complete ban on movement in the city after 6:00 pm as the COVID positivity ratio has jumped over 26 percent in the metropolis.

“I want a complete restriction on movement in Karachi after 6pm,” the chief minister directed the Inspector General of Police (IG) Sindh and commissioner Karachi during a meeting of the COVID task force also attended by provincial government officials, ministers, Rangers, and other concerned authorities.

He further directed to curtail any unnecessary movements in the city. “It has come to my knowledge that tuition centres are being operated currently,” he said and directed for their immediate closure.

The chief minister said that he would review the COVID situation on Friday and warned of more stringent measures if the situation does not improve.

“The committee will meet political stakeholders as there should be no politics on COVID situation,” he said.

Secretary Health Kazim Jatoi while briefing the meeting said that the overall positivity ratio in Sindh province has reached 12.7 percent with Karachi reporting a ratio of 26.32 percent on July 26.

“This is an alarming situation as cases are witnessing a spike,” he said adding that even Hyderabad, the second most populous city of the province, is reporting a 10 percent positivity ratio.

Murad Ali Shah said that in July 362 people have died of COVID-19 and of them, 64 percent-233 people- had died after being put on ventilators. “We have 686 ICU beds across the Sindh province with ventilators,” the chief minister said while pointing out how rising cases could lead to their shortage.