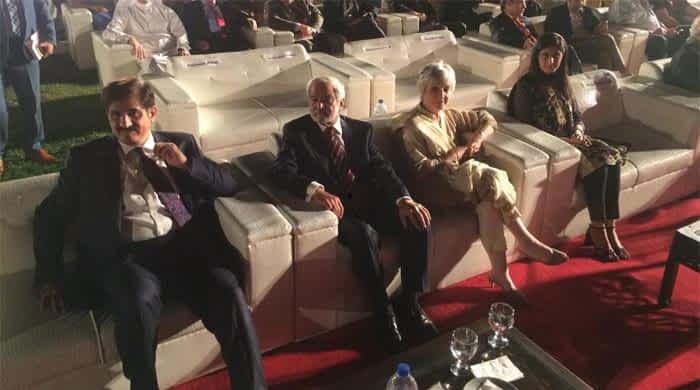 The reception was hosted at Mohatta Palace, Clifton Karachi.

Sindh Chief Minister gave cultural gifts to international PSL players and coaches at a reception he has hosted for PSL teams.

The second leg of PSL 2019 is being held in Karachi, where national and international players are taking part.

A total of eight matches including Final will be played at National Stadium Karachi.

Strict security arrangements have been made in the city to avoid any untoward incident during the PSL matches.