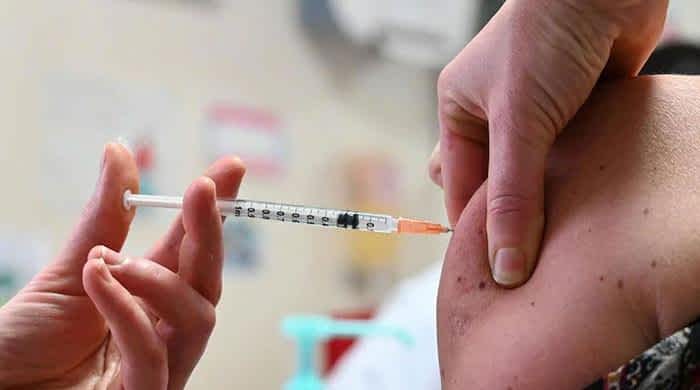 Sindh Chief Minister Syed Murad Ali Shah has directed the health department to start giving Covid-19 vaccines to private hospitals with the directive that these vaccines would be administered to the people free of charge.

Presiding over a meeting of the provincial Covid-19 Task Force at the CM House on Thursday, he said that as per a National Command and Operation Centre (NCOC) decision, all private hospitals were required to inoculate the public with Covid-19 vaccines and asked the health department to ensure that the vaccine was provided to private health facilities for vaccinating the masses.

“We would further tighten enforcement of SOPs after Sunday and close Hawkesbay, Sea View and such other recreational facilities for visitors,” Shah told the meeting of the Covid-19 Task.

The meeting was told that the new Covid cases were on the rise in Karachi, where the detection ratio had been recorded at 14.32 per cent, which was quite dangerous. Now Hyderabad has started showing decline in its new cases. Hyderabad, which had a ratio of 20 per cent on April 29, had shown 11.92 per cent positivity rate on May 5.

The meeting was told that in April 154 patients had died, and in May Covid has claimed 33 lives so far. It was observed that people were not following SOPs.

On May 5, 627 people were issued with challans and fines totalling over Rs1,276 million had been recovered in the city. The district administration of Karachi sealed 64 shops, arrested seven persons and warned 369 others.

“People do not understand the situation,” the chief minister said and, on the advice of experts and members of the task force, decided that from Friday all shops, including grocery stores, would be closed after 6pm.

The restaurants would not offer the takeaway service after Iftar, but they would be allowed to offer the home delivery service. He also said that all recreational places, including Sea View and Hawkesbay, would be closed to the public. He decided that after Sunday, more strict measures would be taken to keep the people of the province within their homes. “One should go out with valid reasons but with precautions,” he said.

The meeting proposed to the chief minister to talk to the federal government to ban the passenger train service during the Eid holidays.

Health Minister Dr Azra Fazal told the meeting that on the instructions of the chief minister, quarantine facilities were being revived at local hotels, and testing facilities all over Sindh were also being enhanced. The import of small-scale oxygen generation plants was in progress, she added.

The meeting was told that during the last 24 hours 1,239 passengers arrived at the Jinnah Airport terminal. Of them, five were diagnosed as positive when tested, and they have been quarantined.

Reviewing the status of critical care beds, authorities disclosed that of 647 ICU beds, only 55 were occupied and 167 were vacant. Similarly, out of 1,796 HDU beds, 394 were occupied. The chief minister directed the district administration and the police to enforce the SOPs properly.

The Sindh government has announced that the shopping centres and markets in the province have been allowed to remain open for two more days from 6am to 6pm on Friday (today) and Saturday (tomorrow) before the extended Eid-ul-Fitr holidays.

A statement issued late on Thursday evening quoted Information and Local Government Minister Syed Nasir Hussain Shah as saying that the traders and retailers had been allowed to do their business on Friday and Saturday with due observance of the standard operating procedures to check the spread of the coronavirus infection.

He said a formal notification would be issued on coming Sunday for the closure of businesses and markets in the province. The minister hoped that the public and traders would duly observe the SOPs in this regard.